Smashed memorial plaque to Noreika to be restored in Vilnius 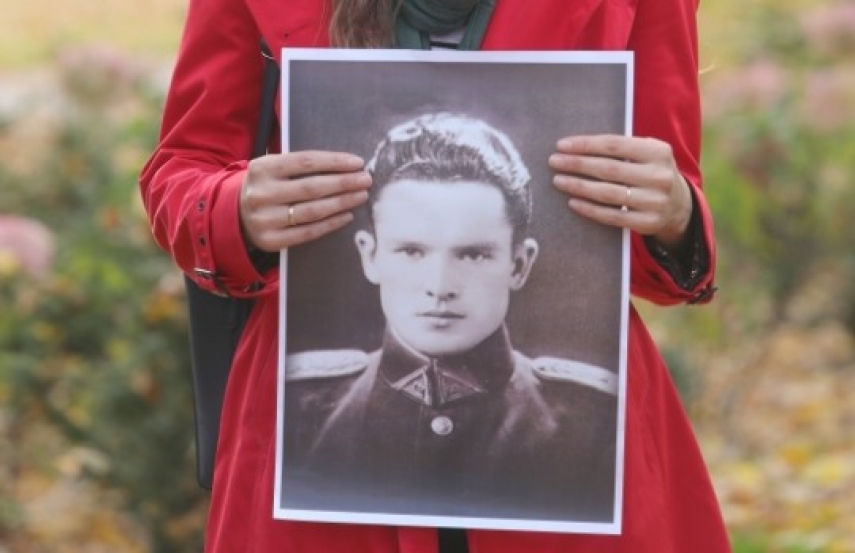 VILNIUS - A controversial memorial plaque to Jonas Noreika, a Lithuanian military officer known as Generolas Vetra (General Storm), in central Vilnius is set to be restored after being smashed with a sledge hammer last week.

It was vandalized by Stanislovas Tomas who made an unsuccessful bid to run for the European Parliament.

Aleksandras Zubriakovas, spokesman for Vilnius Mayor Remigijus Smasius, told BNS Lithuania on Thursday Grinda, a municipal enterprise, has been ordered to "glue the plaque back together and put it in place over the upcoming days“.

"Since a vandal smashed the plaque, naturally, the city does not tolerate vandalism and must restore it. Otherwise, it would be seem as tolerating vandalism. This is being done. What was destroyed is being restored," he said.

After smashing the plaque, Tomas reported the incident to the police and turned himself in. An investigation into a violation of public order and desecration of a place of public honor has been launched, and Tomas is facing a fine of 30,000 euros.

Public discussions on this plaque have been taking place in Lithunaia for many years. The plaque was placed on the facade of the Wroblewski Library of the Lithuanian Academy of Sciences in central Vilnius to honor Noreika as a prominent member of the anti-Soviet resistance in Lithuania.

Lithuania's Jewish community has for some time demanded the removal of the plaque honoring Noreika who, as head of Siauliai County during the Nazi occupation period, signed documents on the establishment of a Jewish ghetto and on arrangements regarding Jewish property.

Defenders pinpoint Noreika's merits to the underground anti-Soviet movement, stressing that he himself got involved in anti-Nazi activities during wartime.

Noreika was arrested by the Soviet authorities in March, 1946 and executed a year later.