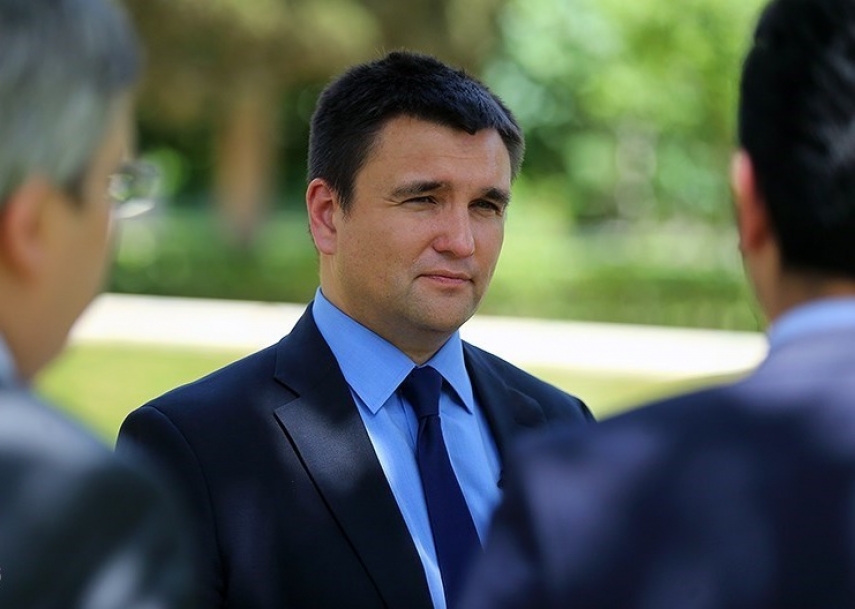 VILNIUS – By stepping up control in the Azov Sea, Russia is trying to "suffocate" the Donbas region controlled by Moscow-backed separatists and also Southern Ukraine, Ukrainian Minister of Foreign Affairs Pavlo Klimkin warned in Vilnius on Thursday.

Following his meeting with Lithuanian counterpart Linas Linkevicius, Klimkin said Russia is carrying out a "creeping occupation" in the Kerch Strait and Azov Sea.

"The whole idea of this occupation is to suffocate Ukraine's Donbas and Ukraine's south," the Ukrainian minister told journalists.

In late November, Russia seized three Ukrainian ships in the Kerch Strait and detained over 20 members of their crews.

Kiev is calling on their immediate release but Moscow has accused Ukraine of carrying out provocations in Russia's territorial waters.

Klimkin is attending the annual informal Snow Meeting of Lithuanian and foreign security policy experts, held in the District of Trakai near Vilnius.

The Ukrainian foreign minister alo said the meeting would be a great opportunity to convince politicians and experts on the need to support Ukraine, especially as Russia is trying to meddle with the upcoming presidential and general elections in Ukraine.

"If we stand, we stand together. And because of that we are very grateful to our Lithuanian friends," Klimkin said.

Russia has been subject to EU and US sanctions from the annexation of the Ukrainian region of Crimea since 2014.