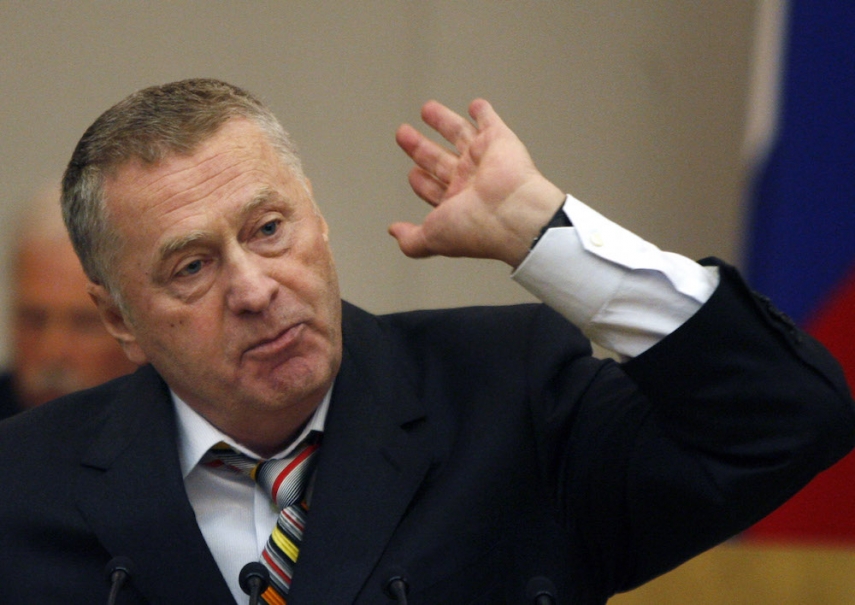 Zhrinovsky is one of the reasons why RTR Planeta has become pay-to-view in Lithuania [Image: UAToday]

On December 8, 2015, the Lithuanian Radio and Television Commission instructed all re-broadcasting companies in the country to move the Russian-language RTR Planeta TV channel to paid packages on the grounds of inciting war and racial hatred.

The commission's decision came after a unanimous vote, and the pay-to-view move will be in effect for a year.

Under the decision, rebroadcasting companies cannot subsidise, support and discounts additional packages, which include RTR Planeta.

Moreover, fees for the packages cannot be lower than the costs incurred by the rebroadcasters.

The watchdog established that RTR Planeta's November 29 broadcast of Sunday Evening with Vladimir Solovyov, was guilty of instigating war and hatred during the discussion of the downing of the Russian SU-24 warplane by Turkish forces.

This is the first major violation reported since June in Russian-language TV channels broadcast in Lithuania.

In the excerpt of the broadcast played during the commission's meeting, Russsian MP Vladimir Zhirinovsky said Turkish people were "a nation of wild barbarians," adding that Turkey should be "brought to its knees" by way of military attacks.

"We need an air raid on any part of Turkey (...), the Turkish army must be destroyed," said Zhirinovsky.

The decision is scheduled to come into effect on December 10, after it is published on the commission's website.

An appeal against the finding may be filed within a month.

The Lithuanian watchdog had fully banned RTR Planeta's broadcasts from April 13 to July 13 this year.

The ban was the first of its type in the European Union.