Lithuanian PM says he has turned to special services over conservatives 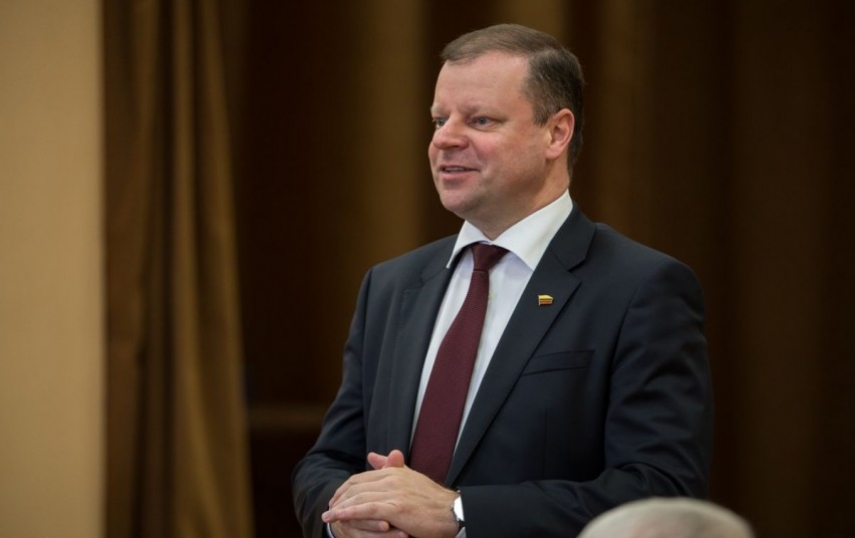 VILNIUS - Lithuanian Prime Minister Saulius Skvernelis says he has turned to special services over the conservative Homeland Union–Lithuanian Christian Democrats' (HU-LCD) moves aimed at putting off of the adoption of next year's budget.

"This is the last battle for them (the conservatives). They'll do all they can to make sure there's a lot of destruction," he told reporters ahead of a final vote on the budget bill on Tuesday.

When asked if he sticks to his earlier statement that HU-LCD are seeking a coup and that the Kremlin might be behind their actions, Skvernelis said, "I'm sticking to every word I said and I'm not going to step back".

When asked if he should not turn to special services, the prime minister said "this has already been done", but did not elaborate.

HU-LCD leader Gabrielius Landsbergis suggested that Skvernelis should consult the Moletai Astronomical Observatory about the movement of planets.

"I recommend that the prime minister turn to the Moletai observatory, whose specialists can answer questions about what planets or stars could have influenced the prime minister's thoughts," Landsbergis told BNS.

"And I suggest leaving the (secret) services alone," he added.

Amid calls by HU-LCD to suspend the budget adoption procedure and instead address the issue of raising wages for teachers, the ruling Lithuanian Farmers and Greens Union (LFGU) posted on social media a list of events that allegedly indicate that the conservatives have a plan to oust the government.

The post came ahead of last Sunday's rally in support for teachers striking for higher wages.

The prime minister told the Seimas last Thursday that these protests could be part of a plan that HU-LCD was carrying out on orders from the Kremlin.

"We'll turn to services, because it really seems that this is the implementation of the Kremlin's policy. (...) there could be links to Russia's special services," he said.