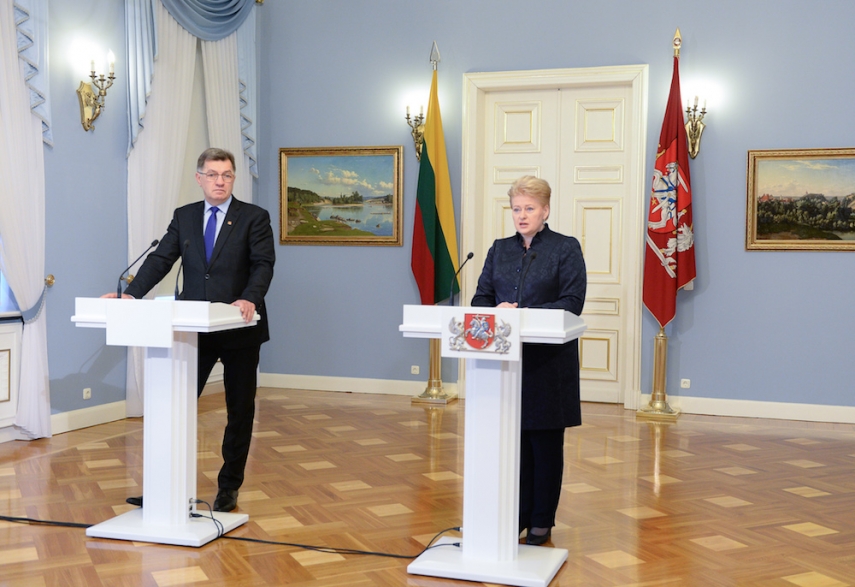 Lithuanian President Dalia Grybauskaite and its Prime Minister Algirdas Butkevicius, have sent condolences to Germany over the passing of former chancellor Helmut Schmidt.

"Helmut Schmidt was a committed and wise political leader and statesman who had served his country and its people for many years with great dedication,” said Grybauskaite in her message. “He was highly respected and appreciated by his fellow politicians and also by the German people.

“Chancellor Schmidt stood out as a mobilising political figure who led his country on the path to economic growth and widespread consolidation.”

According to Grybauskaite, Schmidt consistently worked for deeper and more extensive cooperation, and he extensively contributed to the creation of a unified Europe.

She added that after his political career, he remained highly responsive to key issues of the state, and shared common concerns with Germany and the rest of Europe.

"Schmidt was a wise politician, a superb diplomat and most importantly, a long-standing fighter for democracy in Europe and the whole world,” wrote Butkevicius in his letter to German Chancellor, Angela Merkel. “I deliver my condolences to the family and friends of the former German chancellor, as well as his fellows and the entire German nation.”

Schmidt headed the Federal Republic of Germany between 1974 and 1982. During his time in power, the FRG grew to be one of the biggest drivers in the global economy.