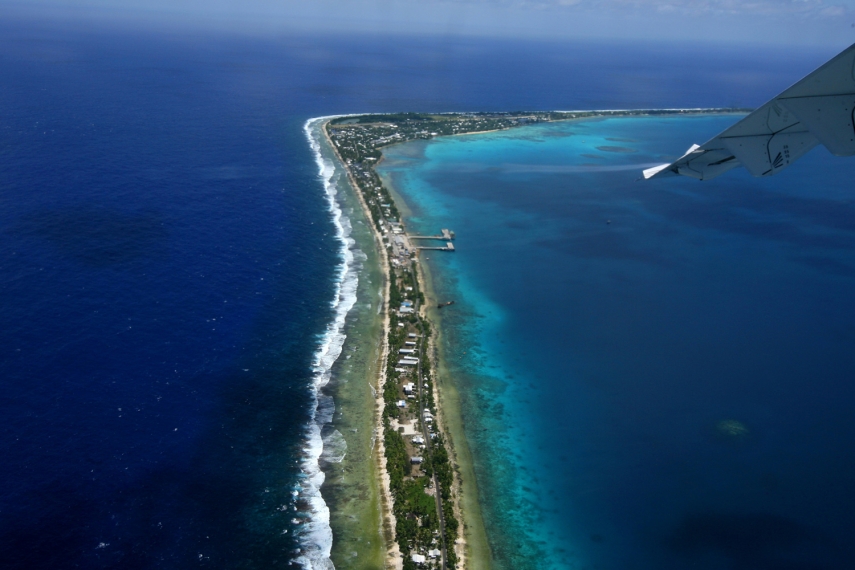 Tuvalu, an island nation with a population of just 10,000

The Lithuanian Government yesterday approved the proposal of the Ministry of Foreign Affairs to establish diplomatic relations with Tuvalu, islands located in the Pacific Ocean between Australia and Hawaii. Lithuania's Permanent Representative to the United Nations, Ambassador Raimonda Murmokaite was assigned to sign the joint communique with Tuvalu.

Tuvalu sought to establish diplomatic relations with Lithuania in 2011 and 2012, but Lithuania declined on both occasions because in 2011 Tuvalu recognised the independence of Abkhazia and South Ossetia, which have seceded from Georgia, supported by Russia. Lithuania, in common with all but four world nations, does not recognise either of the two as independent nations; Lithuania recently called a proposed treaty between Russia and Abkhazia an attempt "to undermine the sovereignty and independence of Georgia." Earlier this year, Tuvalu revoked its earlier decision and established diplomatic ties with Georgia.

According to Minister of Foreign Affairs Linas Linkevicius, it is important for Lithuania to have as many allies in the United Nations that would support multilateral initiatives and Lithuania's candidacy for various positions in the UN.

In September the Seimas Committee on Foreign Affairs recommended to the government that it should also establish diplomatic ties with Tuvalu.