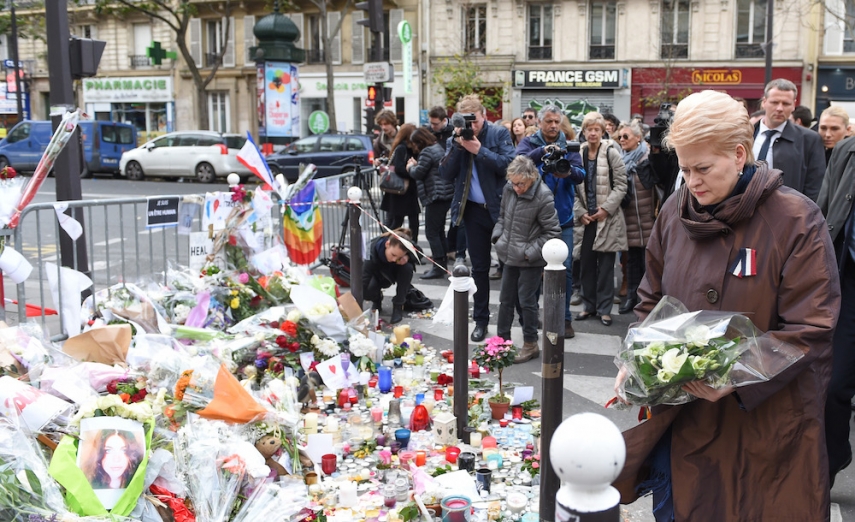 The president will also pay tribute to the victims of the terror attacks in Paris, which took place on November 13.

According to Grybauskaite’s office, the attacks were the biggest in French history since the end of World War II.

The Lithuanian President said nothing is more important today than ensuring peace.

During the Paris meeting, ideas will be exchanged with the leaders of other countries regarding global security.

Leaders will also discuss the additional steps that the international community and organisations should take to prevent further acts of terrorism.

Heads-of-state will also discuss how to carry out the UNESCO’s mission of contributing to peace and global security via promoting collaboration among through science, culture and education.

UNESCO also promotes and takes care of historical and cultural heritage across the world.

“The commitment of countries to preserve the most important creations of man and nature for future generations is of particular significance today,” said Grybauskaite in a press release.

The release continued: Islamic State, which has taken root in the cradle of civilization, Syria and Iraq, is not only killing peaceful residents and worsening the refugee crisis, but is also destroying invaluable historical landmarks.

“The damage that the Islamic State has done to world heritage is the biggest since the Word War II.”

Lithuania joined UNESCO in 1991. The Curonian Spit, the Old Town of Vilnius, the Kernave Archaeological Site, and the Struve Geodetic Arc all are designated as UNESCO world heritage sites.