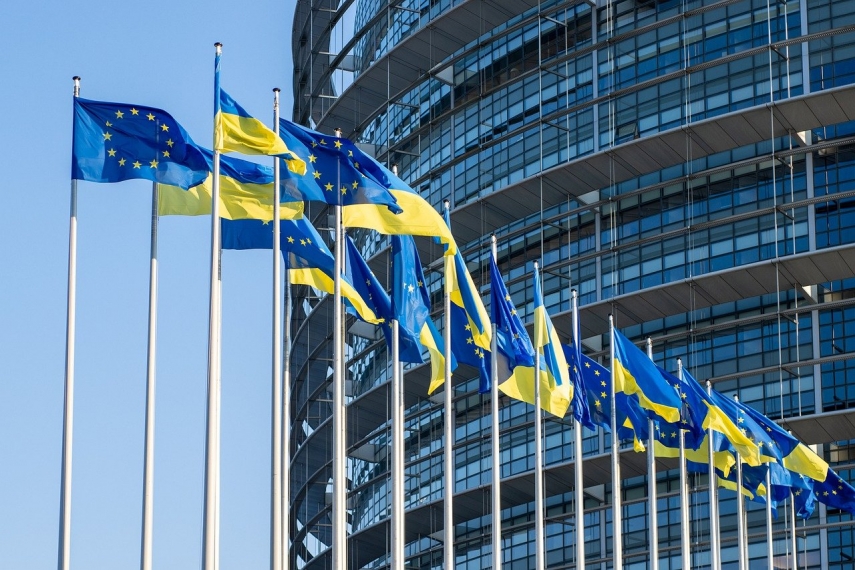 BRUSSELS - The EU on Monday adopted new sanctions against Russia over its invasion of Ukraine, with diplomats saying the oligarch Roman Abramovich was among the individuals listed.

The EU presidency, currently held by France, tweeted that the ambassadors of the bloc's 27 member nations approved a fourth package of sanctions, hitting individuals and companies "implicated in the assault on Ukraine".

Their names were to be made public in a "quick" publication of the EU's Official Journal legally announcing all the European Union's decisions, it said, adding that the sanctions were worked out in concert with Western partners.

Three diplomats told AFP that Abramovich, the billionaire owner of the Chelsea football club, was added to the list of wealthy Russians whose assets in the EU -- including superyachts and mansions -- can be seized and entry into the bloc refused.

The EU's move against Abramovich follows those of Britain and Canada, which last week put him on their own sanctions lists. London's decision suspended Abramovich's hasty attempt to sell Chelsea, which was announced March 2.

According to one of the EU diplomats, the stated reason for sanctioning Abramovich was because he "is a Russian oligarch who has long and close ties to (Russian President) Vladimir Putin," to whom he has "privileged access".

He is seen as providing "a substantial source of revenue" to Russia's government.

"This list of oligarchs is continuously being expanded -- not only oligarchs, (but) also high level ... state and military officials of Russia," Dombrovskis said.

He added that Russians deemed to be "actively involved in Russia's propaganda machine" were also on the list.

The French presidency of the EU also tweeted that the ambassadors approved a statement to the WTO stripping Russia of "most-favored nation" status, opening the way to impose punitive tariffs on Russian exports.

Russia's gross domestic product is forecast to shrink dramatically under the successive rounds of sanctions imposed by the EU and US and their allies, which target the Russian central bank and companies including airlines.