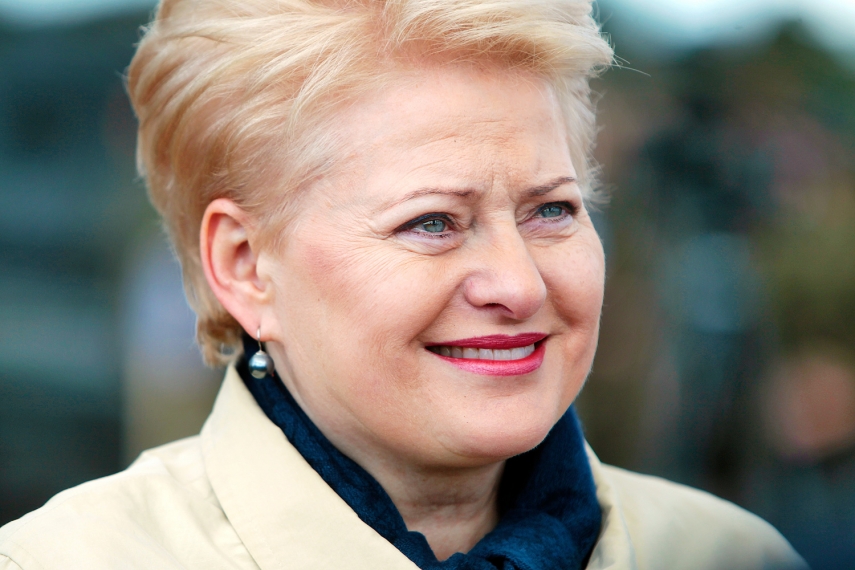 VILNIUS - Lithuanian President, Dalia Grybauskaite, has described the European Commission’s number of refugees affected by the Mediterranean Crisis to be re-settled to the Baltic States as “discriminatory.”
The EC has proposed the relocation of 20,000 refugees fleeing conflict or poverty from countries such as Syria, Eritrea, Nigeria and Somalia, to all 28 European Union member states by 2017.

It proposed Latvia take in 737, Estonia, 1,064 and Lithuania, 710.
On May 27, 2015, Lithuania’s Prime Minister Algirdas Butkevicius stated Lithuania was “not yet ready” to accept its quota of 710 refugees, and could only take between 30-40.
However, June 10 saw Grybauskaite announce the country is ready to take in “up to 250 [refugees].”
However, speaking to Lithuania’s national radio station, LRT, Grybauskaite questioned how the EC established the quota, and described its methodology as “strange.”

“It is very important for every EU member state to show its solidarity [towards those affected by the Mediterranean Crisis],” she said. “Lithuania is showing it, and we are ready to take in 250 asylum-seekers, but when it comes to future actions, there must be an objective criterion established.
“This, for example, would take into account the side of a country’s Gross Domestic Product (GDP) and population.”

In reference to Lithuania, Latvia and Estonia, Grybauskaite continued, “now, in the case of the Baltic States, the estimates were made in a rather strange way.
“I would even call it discriminatory, because in terms of percentages, smaller EU member states have been given higher quotas than their larger counterparts.”
“Our position is clear, and nearly half of the other member-states share a similar attitude - there must be a very objective criteria set for how we can help refugees, and it is essential to not only respond to consequences.

“For example, we must face the number of migrants, but also the causes. Therefore, we must fight against illegal migration and human trafficking.”
Grybauskaite also pointed out Lithuania currently has around 350 foreign nationals,  mostly from Ukraine and other former Soviet countries, living within her borders.
The Lithuanian President is currently attending a summit of EU leaders in Brussels, to discuss the Mediterranean Crisis and the prospect of a Greek economic default.