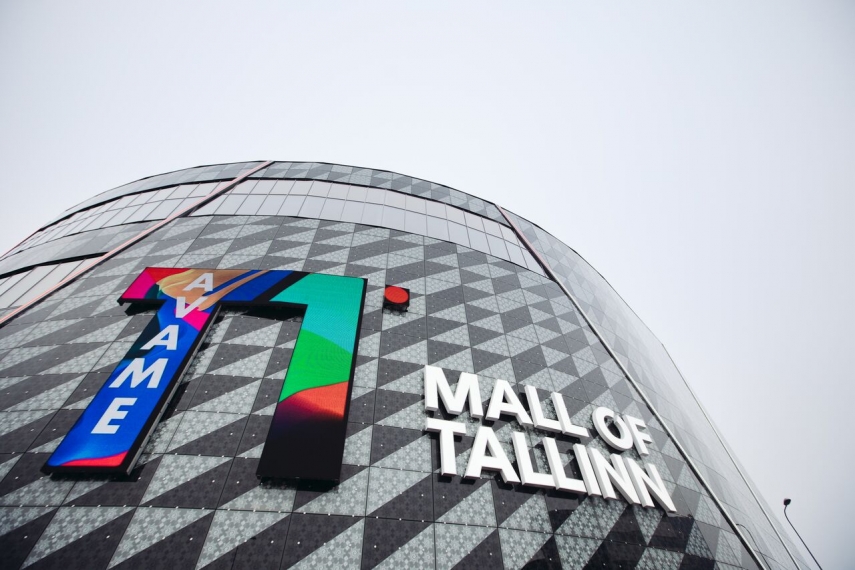 TALLINN - “T1 Mall of Tallinn is Estonia’s first next-generation shopping and entertainment centre, new landmark and urban hub, offering what cannot be bought online - emotions,” said Allan Remmelkoor, the head of T1 and member of the management board of developer Pro Kapital.

Planned by Italian architect Antonio Lavieri and built by AS Merko Ehitus Eesti, T1 Mall of Tallinn is Estonia’s first shopping and entertainment centre designed as a city space. “We value people’s time and offer a logical whole instead of walking for miles until exhausted. We want our visitors to feel like in an urban space, strolling through city streets and parks; taking time off, enjoying fine cafés and restaurants, meeting friends or perhaps just reading a book,” noted Allan Remmelkoor.

According to Remmelkoor, the new concept’s meticulous details go as far as Estonia’s, and perhaps the world’s first shopping centre soundscape which imitates the Earth’s three oscillation frequencies. The authors of the composition, Sander Mölder, Ülo Krigul and Ove Kuth Kadak, say the aim of the work is to create a natural environment to protect the visitors from noise and fatigue.

The high ceilings of stores and hallways, high storefronts and three huge atriums, two of which cut through four floors to let sunlight in through massive glass domes, create a feeling of being on the street or in a park.

One can literally sit in a park in the central atrium, which accommodates an 18 metre high indoor garden with live plants growing on an 11-ton steel structure. “This green indoor space is also unique in the world, and architects from PART with landscape architects from KINO have been working on the concept for over a year,” said Remmelkoor.

These details and a number of others have made T1 an attractive environment for many tenants who have not operated in a shopping centre before. The concept of spaciousness with high ceilings and an urban feel have attracted, for example, the Tallinn Art Space and ARS Concept galleries, and Estonian Art Museum will be opening its first pop-up store outside museum premises. T1 will also accommodate the first store of the new Raamatukodu bookstore chain, founded by Estonian publishers. “The art galleries and bookstore will create a pleasant atmosphere in the mall, a perfectly logical symbiosis with clothing stores, and contribute to a light and diverse mall experience,” noted Remmelkoor.

The first three floors are for shops and galleries, while the fourth floor, which will open for visitors shortly, is fully dedicated to quality leisure. It will also feature the Taste of Tallinn restaurant area, with more than 10 unique restaurants offering a selection of world cuisine. Taste of Tallinn’s distinct qualities include a balcony with large winter gardens and a cocktail bar open all year round, offering hilltop views over Tallinn with the port and sea horizon on the background.

Next to Taste of Tallinn, and just close enough to allow one to keep an eye on the children, is the Super Skypark entertainment centre together with the capital’s long-awaited science centre. Furthermore, as part of its fast expansion in the Baltics and Nordic countries, international cinema operator Cinamon opens its flagship multiplex movie theatre in T1, complete with the world’s newest technology and highest-comfort interiors.

And last but not least, a first-in-Europe rooftop observation wheel will open at T1 next year, with 27 thermoinsulated pods and a top height of 120 metres above sea level. Only five similar attractions exist in the world today, all of them in Asia.