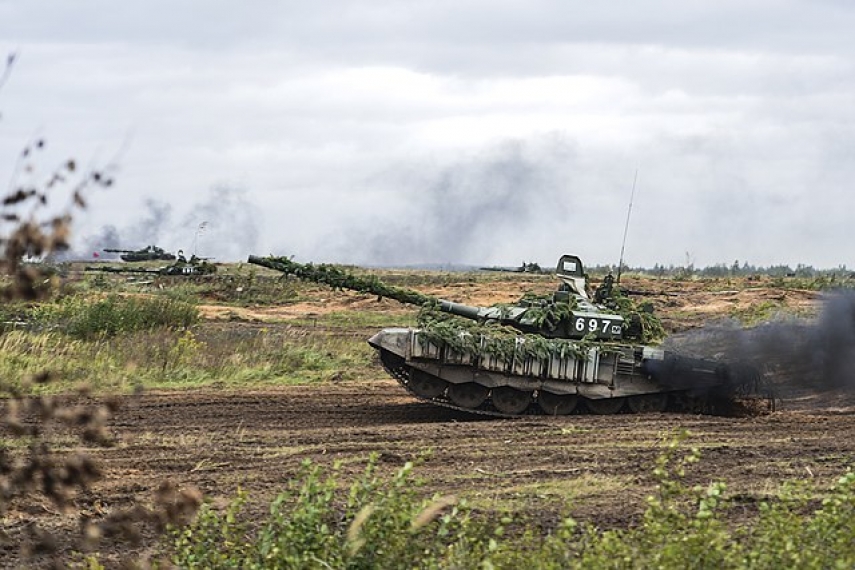 MEDININKAI – With Zapad 2021, a joint Belarusian-Russian military exercise, just several weeks away, more provocations may come on the border with Belarus, Viktorija Cmilyte-Nielsen, the speaker of the Lithuanian parliament, said on Wednesday.

The speakers of the Estonian and Latvian parliaments, and European Parliament President David Sassoli also condemned actions by the Minsk regime's officials.

"It is a very serious and dangerous provocation. As we have just discussed, [...] we'd like to turn to the parliamentary speakers of EU member states, possibly NATO member states, to draw their attention to such unacceptable behavior and these actions," Cmilyte-Nielsen told reporters in the border town of Medininkai.

"Apparently, we may see more such provocations in the run-up to the Zapad exercise. It is very important that we respond to them [...] jointly," she added.

In Medininkai, the speaker of the Seimas met her Estonian and Latvian counterparts, Juris Ratas and Inara Murniece, and Sassoli to discuss the situation on the border with Belarus.

"I believe it is necessary to react to such things when the territory of another sovereign state is violated. This is a sign of hostility, and we know for sure that Belarus and the regime of [Alexander] Lukashenka can become very dangerous," Sassoli said.

“I think this is the next level when Belarusian border guards cross the state border. This can' t be tolerated; it's a serious sign," said Ratas.

Murniece said, "There have been no such provocations in Latvia yet, but who knows what will happen next."

"Since the methods are changing and we see that new technologies are being used, and the Zapad exercise is approaching, which we have to think very seriously about, too," she said.

On Tuesday, twelve Belarusian border guards in riot gear forcibly pushed a group of 35 irregular migrants into Lithuania and then entered the country's territory.

The Belarusians returned to their country's territory after repeated warnings by Lithuanian guards that they had violated the border.

Interior Minister Agne Bilotaite said Lithuania was beefing up its border protection in the wake of the incident which she called a "blatant provocation".