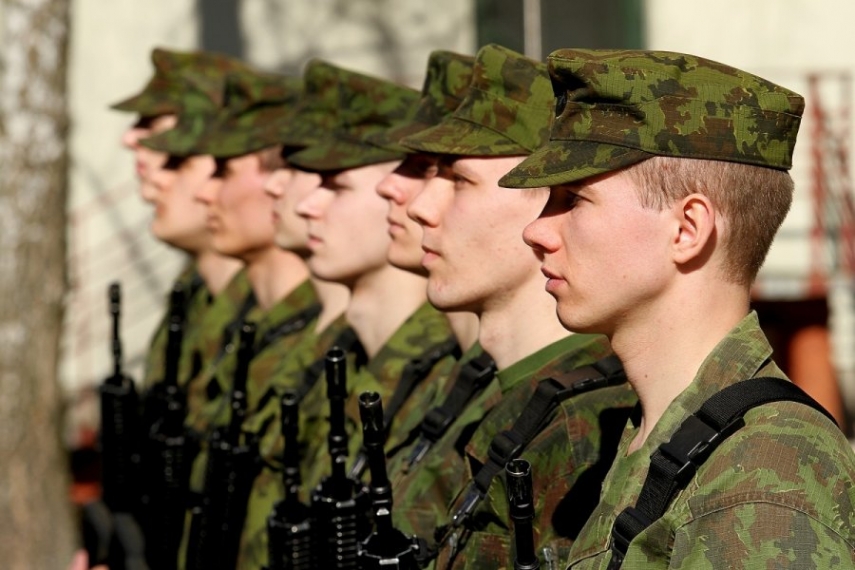 President Grybauskaite welcomed the first set of conscripts to the army [Image: DELFI.lt]

On Monday August 24, 2015, Lithuanian President Dalia Grybauskaite welcomed the first 495 volunteers to the country’s army for their nine-month compulsory service.

She added she hopes Lithuania’s army will not lack further volunteers in 2016.

The men, aged between 20-30, started their service with the Lithuanian Grand Duke Butigeidis Dragoon Battalion in the western Lithuanian town of Klaipeda.

"We'll have conscripts for the first time in Lithuania's history, on the basis of volunteering,” Grybauskaite told journalists.

“Young men used to be conscripted and now they have volunteered. It’s really a unique situation which is worth respect.

“I am glad and really hope that next year, we'll also have many volunteers or only volunteers who will follow the same path after seeing the success of the first volunteers.”

Grybauskaite expressed the hope the volunteers would not only improve their physical strength, but expand their knowledge and social circle during their time of service.

"They are all handsome men, and young people have changed,” continued Grybauskaite.

“These young men are worthy of our trust and expectations. They know what they have come for today," she concluded.

Lithuania re-introduced conscription in March year to staff army units, and form a reserve in light of increasing Russian aggression to the Baltic regon.

The country planned to conscript 3,000 men this year. However, the majority of places will be filled with volunteers.