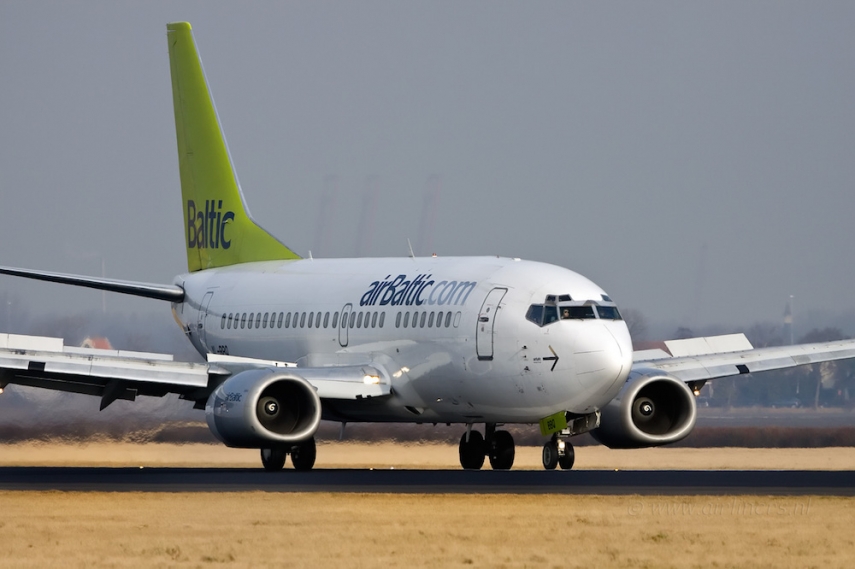 Air Baltic has been approved an €80mn loan by the Latvian Parliament [Image: Airliners.nl]

The Latvian parliamentary committee on budget and finances (taxes) on Wednesday approved the plan for a Treasury loan to the national airline airBaltic and its subsequent capitalization, the committee chairman, Karlis Sadurskis, told the press.

airBaltic would get the loan only on the condition that the airline must not buy, rent or use military equipment of any kind. The provision is apparently intended to prevent the airline from purchasing Russian-made Sukhoi Superjet aircraft as there have been reports that this is what the new financial investor might expect from airBaltic.

In addition, the deal must not have any negative effect on the balance of the national budget.

Sadurskis said that discussions at the committee meeting had focused on the following aspects – the current financial situation at airBaltic, the matters of security and international reputation, and the airline’s future development. "They convinced me that, if the decision [about capitalization of the loan to airBaltic] was rejected, airBaltic will have problems with cash flow and meeting its obligations,” the chairman of the parliamentary committee said.

At the committee meeting, six MPs of the ruling coalition voted in favor of the decision but two opposition lawmakers were against and one abstained.

Sadurskis said that finding a strategic investor for airBaltic and the possibility of listing the airline’s shares on the stock exchange had also been discussed.

Martin Gauss, CEO of Airbaltic, said after the meeting that he was pleased with the decision of the parliamentary committee and hoped that the Latvian parliament would also adopt a positive decision on the loan to the airline at the plenary meeting on December 3.

He said the decisions about further renewal of the airBaltic fleet would be made after the financial injections but the company would not be buying any Sukhoi Superjet.

The Latvian government at an extraordinary meeting on November 19 decided to authorize the Transport Ministry to sign the shareholder agreement with the financial investor for the national airline airBaltic, provided that the parliament approved a Treasury loan to the airline and its subsequent capitalization.

On November 3 the Latvian government approved the investor for airBaltic, German businessman Ralf-Dieter Montag-Girmes, who is ready to invest 52 million euros in the company, while the Latvian government would be expected to contribute 80 million euros, planned in the form of a loan to the national airline from theTreasury which would be capitalized afterwards. A company founded by the investor in Latvia will acquire a 20 percent stake in airBaltic and that the government will have the right to buy out these shares when the strategic investor in attracted.