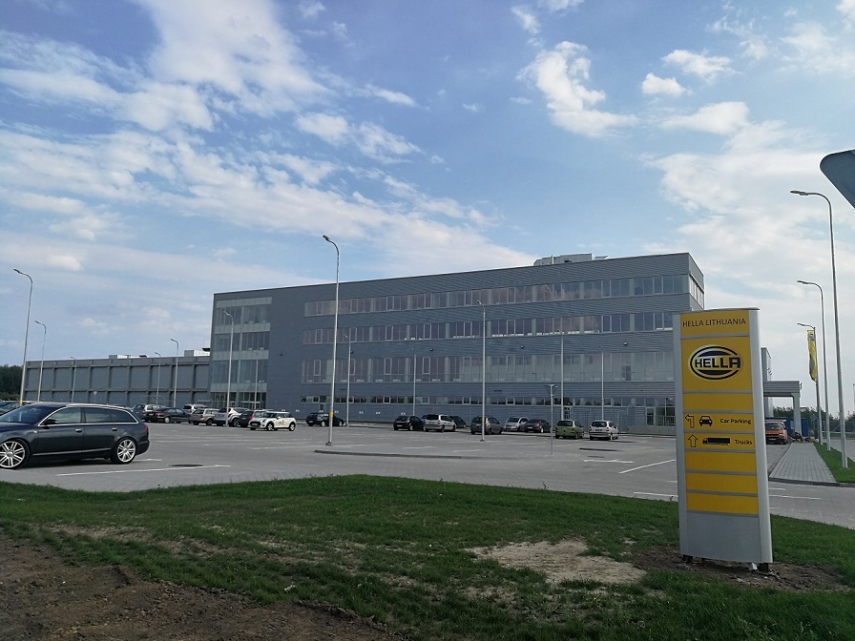 Economic Zone just 10 months ago. Now, it can already celebrate its first shipment and the team

Economic Zone's "plain field" territory of 8.9 hectares started in October, 2017. In less than a

year, the 3700-square-meter industrial premises were built and equipped as well as the 2300-

square-meter warehouse and a 2000-square-meter administrative building. This is the first

HELLA Lithuania module from the four planned. Its space will be sufficient for the next year’s

development and production growth. An investment of 30 million euros into long-term property

is planned during the first stage of development.

Currently, the company employs almost seventy employees not only from Lithuania but also

from other European Union countries. The company plans to recruit about 250 employees in

total during the three years of the first development stage.

PCBA was officially launched in August. The circuit boards are fitted into the headlamps of

European-made cars. It is planned that the production line that started its operation in the factory

and the first shipment of the product has already been sent to the client in the middle of August.

been achieved. Our employees bravely embraced this ambitious challenge, focused on the most

important things and acted as a team," says the head of Hella Lithuania Michael Jarecki,

would not have been achieved without the team's focus, initiative and close communication.

countries. The company employs over 40,000 employees, 7 425 of which work in research and