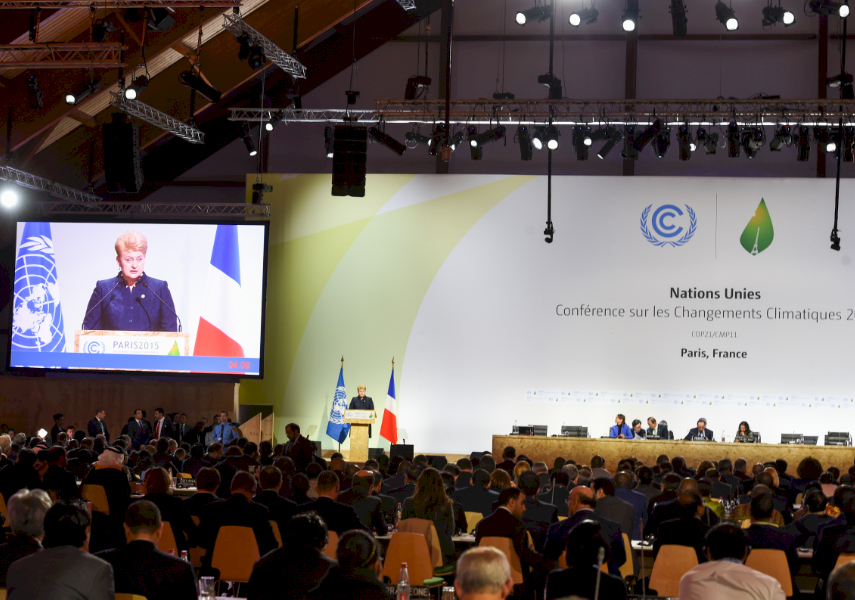 PARIS - Global agreements on climate change would benefit Lithuania by increasing the country’s energy security, Lithuanian President Dalia Grybauskaite said at the Climate Change Conference (COP21) in Paris on Monday.
“A global agreement binding all countries to combat climate change is useful for Lithuania, as it increases energy security, reduces dependence on fossil fuel imports,” Grybauskaite said in a press release circulated by the President’s Office.
In her words, such a pact would also encourage businesses and industry to invest in renewables, energy efficiency, and innovative green technologies.

The president emphasized that if no effective and global measures to curb climate change were taken in time, consequences could be catastrophic for all the countries in world. Global warming results in the expansion of the deserts, reduction of arable land, and scarcity of water and other natural resources, which fuels armed conflicts and growing migration.

Lithuania has made significant progress in fighting atmospheric pollution and is ready to join the EU’s ambitious goal to cut greenhouse gas emissions by 40 per cent by 2030, she added.
“Lithuania has successfully proved that the sustainable development of the state can be nature-friendly. Over 25 years of independence, we have reduced atmospheric pollution by as much as 56 per cent, we produce 23 per cent of our total energy from renewables, and our economy has grown by one third over the same period,”Grybauskaite said.

Scheduled for 10 days, the Conference has gathered 147 top-level delegations and around 40,000 participants to negotiate environmental commitments after 2020 with the goal of keeping the average temperature increase at under 2 degrees by the end of the century.