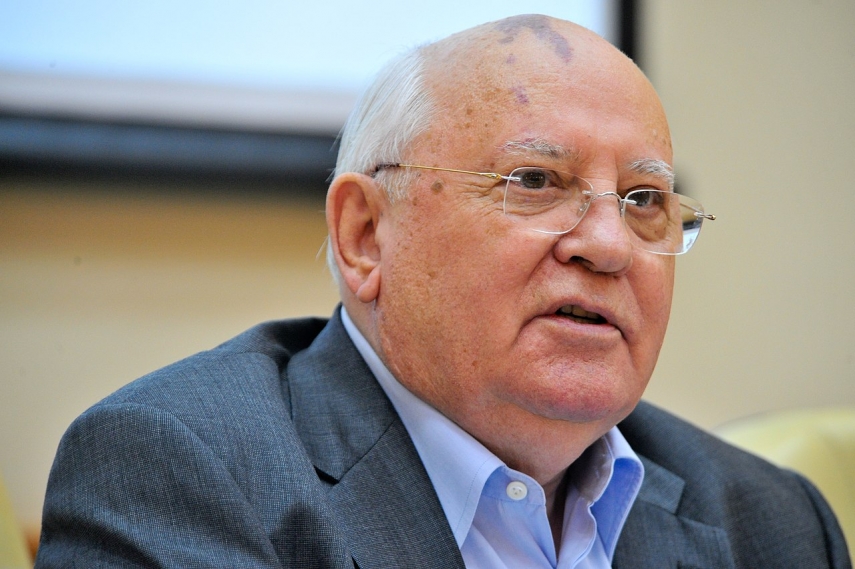 VILNIUS – Mikhail Gorbachev, the last Soviet leader who passed away on Tuesday, was a criminal who ordered to ruthlessly crack down on peaceful protests in Vilnius and other cities, Lithuanian Defense Minister Arvydas Anusauskas has said.

“He was a criminal who ordered to ruthlessly crack down on peaceful protests in Vilnius, Tbilisi, Almaty, Baku and other cities. There was no remorse. Such is the memory left on us, even though we should never speak ill of the dead. But not this time. The only eventual benefit is that he signed the capitulation of the Soviet Union,” the minister said in a Facebook post.

Gorbachev died in Moscow aged 91 after a serious and long illness.

He served as the Secretary General of the Communist Party of the Soviet Union between 1985 and 1991.

Gorbachev was regarded fondly in the West, where he was best known for defusing US-Soviet nuclear tensions in the 1980s as well as bringing Eastern Europe out from behind the Iron Curtain.

He was also championed in the West for spearheading reforms to achieve transparency and greater public discussion that hastened the breakup of the Soviet empire.

At the same time, he refrained from more decisive steps to modernize stalled state economy and maintained stringent control of the political order.

In Lithuania, he will be remembered as a person who sought to crack down on the country’s independence movement by resorting to force.

“I remember that after 1982-1985, when secretary generals were switched off the oxygen supply one after another, Mikhail Gorbachev caused euphoria in the West. Not right away, but he did. However, he was the leader of a criminal party and even Glasnost is not enough to change the nature. Even though he contributed to the crumbling of the party monolith. Whereas the Lithuanians and others took advantage of the situation to restore their independence,” Anusauskas wrote.

Families of people who were killed during the January 1991 crackdown sought to hold Gorbachev accountable for the January 13 killings up until his death.

Earlier this year, family members of four people who died in the Soviet army's crackdown on unarmed civilians in Vilnius in January 1991, namely, Vidas Maciulevicius, Algimantas Petras Kavoliukas, Virginijus Druskis and Apolinaras Juozas Povilaitis, filed a civil lawsuit against Gorbachev seeking to prove that, as commander-in-chief of the Soviet Armed Forces, he had control of the army on January 11-13, 1991, but failed to take steps to prevent an international crime of aggression from being committed.

Fourteen civilians were killed and hundreds more were injured when the Soviet troops stormed the TV Tower and the Radio and Television Committee building in Vilnius in the early hours of January 13, 1991.