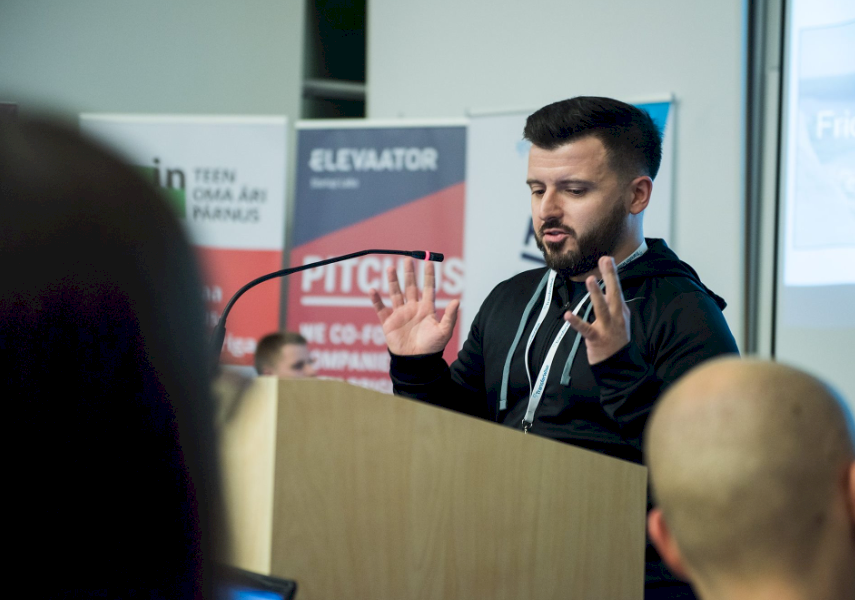 PARNU - Keen to get a first-hand understanding of what it took in order to work on a disruptive startup, I participated in the Garage48 Hackathon which took place in Estonia’s southern seaside town of Parnu in November. The theme was tourism, but within that, entrants were free to be as inventive and creative as they wished with the premise. Garage48, a Tallinn-based tech hub since 2010, has been expanding constantly, and is not afraid to be nomadic: the foundation formed by Ragnar Sass has just staged a hackathon trip to Minsk, joining forces with a flourishing Belarusian tech scene.

The name Garage48 originates from the number of hours given to create a technical solution in a team formed at the event. Each team is given a work space, but it is up to them how they use the time. It is recommended by Garage 48 that teams have an appropriate balance of technical, design, marketing and leadership members. Thanks to the sheer number of Estonian tech industry success stories that have come through the events, the hackathons are taken extremely seriously by both entrants and judges.

Not being one to shirk a challenge, I signed up to head down to Parnu with Garage48 and pitch them an idea. The aim of a tourism-themed workshop I was taking part in, was to find solutions to problems within the tourist industry. I rehearsed my pitch over and over again; I came up with what I thought was a swish-looking landing page, and then, after a nervous hour waiting for the event to start, all hackathon entrants were called into a lecture theatre in Tartu University’s college in Parnu, to be given some inspirational, motivational speeches from past success stories, and to begin the pitching.

I had worried that I would look stupid as I did not “speak tech” like the seasoned coders and developers at the hackathon. I was wrong in this respect — there were people from many backgrounds participating in the pitches, from tourism experts to designers to content writers to marketers. I felt my pitch, for a travel app that I still want to make, was done reasonably well, but the hard part, it was to emerge, was what followed.

There was an auction, rather like the London Metal Exchange’s “Bear Pit” — where traders buy and sell in a verbal frenzy. In this auction, project leaders had to recruit and register designers, developers, marketers and tourism experts. With my app still in its most formative stages, it was seen by the experienced developers as too long-term a project — or maybe even too far-fetched — and so after 20 minutes of sweaty, loud imploring for people to join me, I relented, and agreed to join another team.

That team was to become known as Zenple. The aim, as the name suggests, was to present an idea of “Zen” in as simple as possible a way. Tsutomu Gabriel Komori, the Estonian-based Japanese project leader, led a team in building a website that would sell to tourists to Japan a space in a genuine Zen temple. When there, they would be able to take part in the rituals of monks, eating healthy traditional food, and bathing in a hot spring bath. The entire experience was to be a far cry from a package tour, and it was an instantly attractive proposition to me.

Zenple, on its site www.zenple.org, is up and running, and though I have declared an interest, I recommend you pay the site a visit. The winner of the hackathon was Event Statistics, a company that promised to bring realtime analysis to festival and event organisers, something that was hitherto hard to come by. Promising to make the stats “attractive and measurable,” the pitch appealed to the panel of expert judges, many of whom had themselves been through the Garage48 process. Event Statistics was one of a clutch of impressively fleshed-out and novel innovations created during the hackathon. I shall be blogging in the coming weeks about some of my favourite ideas on www.charmoffensive.ee.

A number of the startups arising from the tourism hackathon will enter Estonia’s Ajujaht startup contest for further exposure, support, and backing. LocalsMade has reached the Ajujaht Top 30, while a further two startups have been welcomed into the Ajujaht Top 100 pitching competition. However, what everyone gained from the hackathon was experience of working in an intensive but good-humoured atmosphere crafting a working website or app, in many cases from scratch, in one weekend. There are many things that people can learn in a classroom, but initiative is priceless, and I felt I emerged from a challenging but rewarding weekend in Parnu with a rock-solid conviction that Garage48’s hackathons are great for both team and personal development, whatever the problem we seek to solve.