Estonians start the first company inside a sauna 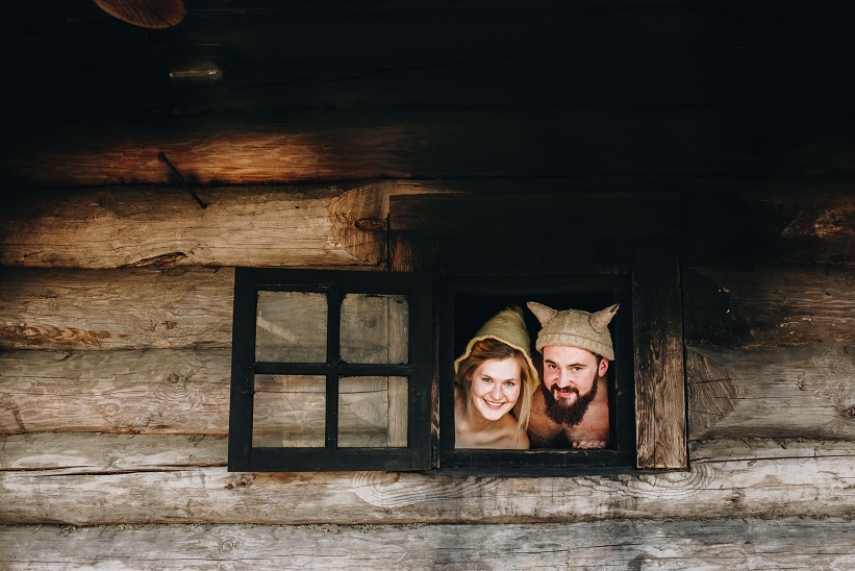 TALLINN - According to Estonian tradition, the sauna is where life's most important milestones are celebrated. So an Estonian couple have used their digital IDs to start the first ever company inside a sauna.

Anni Oviir and Adam Rang started Estonian Saunas OÜ to introduce Estonian sauna culture to more people from around the world. The company is planning to open the first public smoke sauna in Tallinn by winter this year, as well as launch a sauna tour of Estonia.

Oviir explained the process of starting the smoke sauna and the company at the same time in a blog post published yesterday.

Anni Oviir, Chief Saunamaster at Estonian said, “There are more convenient places to log in and start a company, but it was a fun way to show people that modern Estonia is home to both old traditions and new technology.”

“As more people discover Estonia, we’ve found that more people from abroad want to visit Estonian saunas. We conducted market research with tourism agencies and international visitors, which shows that there is a lot of interest in Estonian sauna culture but not enough opportunities to experience and learn about them. Unfortunately, the closest that most visitors to Estonia get to a sauna is the electric one in their hotel. That’s because they find it daunting to visit public saunas, don’t get invited to Estonian homes, and rarely leave Tallinn. We need to make real Estonian saunas more accessible.”

Smoke saunas are the oldest type of Estonian saunas and still considered by sauna fans to be the best, but most are now located in Võrumaa where they have been granted protected cultural status by UNESCO. There are currently only three public smoke saunas in the entire north half of Estonia and none in Tallinn. According to research from Visit Estonia, 75% of visitors to Estonia never leave Tallinn.

“The market for Estonian saunas is as big as we can make it because we want to reach visitors who would otherwise never get the chance to visit a real Estonian sauna, as well as Estonians who may not have tried a smoke sauna before," says Rang. "We are working together with saunamasters and sauna makers across the country who would benefit from this increased interest. When visitors learn about saunas, they are really learning about the people who use them so they provide a fascinating insight to the history of Estonia itself.”

The company was established in a smoke sauna near Otepää which was heated for six hours before Oviir and Rang went inside and set up a mobile hotspot using the 4G connection. They then used their Estonian digital IDs to sign documents, upload them to the Business Registry and pay the state fee to create Estonian Saunas OÜ. The process was completed at about 40 degrees Celcius in less than ten minutes, before their laptops and phones overheated. They then celebrated by putting their technology away, pouring water on the stones and then jumping into the half-frozen pond outside with friends

Oviir and Rang run Estonian Saunas in their spare time and have self-financed the company. When not visiting saunas, Oviir works as a Green Building Specialist to help companies calculate the environmental impact of their designs, while Rang works at the e-Residency programme to help people start location-independent companies (not necessarily inside a sauna).

Lithuania loses case against Gazprom over EUR 1.4b compensation