Colonna is going to build a small modern shopping centre in Kopli, Estonia 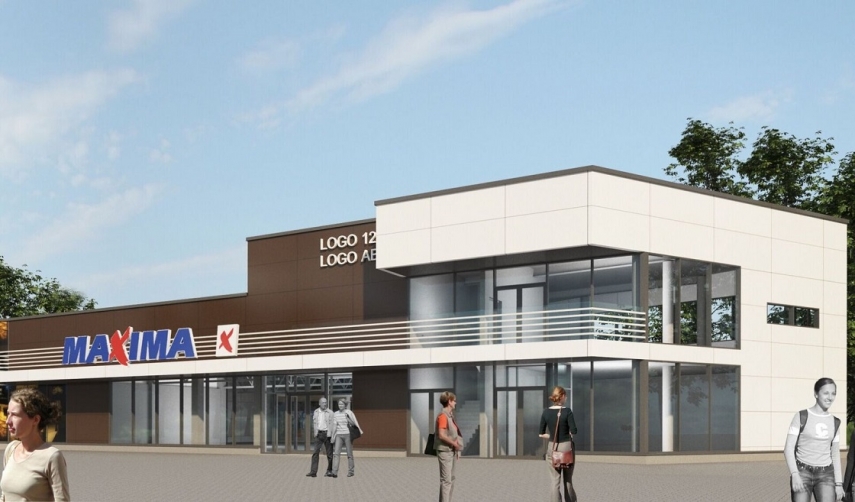 ESTONIA - By the end of this year, Colonna, an investment company specializing in commercial real estate, is going to erect a new modern commercial building in Kopli, on the site of the former cinema “Rahu”, where, in addition to other shops and businesses, a Maxima store will welcome local residents.

The shopping centre to be constructed at 69B Kopli Street will have two floors, and the building with the T-shaped layout will provide 1,400 square metres of rentable space. By now, a rental contract with the anchor tenant, which is the Maxima store, has been signed, and negotiations with potential tenants of the other commercial spaces are still under way. The demolition of the existing building at the address will be started in February, and the new shopping centre will hopefully open by the end of this year.

The building of the former cinema “Rahu”, which is situated at 69B Kopli Street today, was completed in 1959 and has been occupied by a well-known casino in recent years. Colonna’s COO Margus Kluge: “It understandable that the building which is over half a century old holds a great sentimental value for the residents of Kopli district. Because the 60-year-old structure has already endured substantial wear from the engineering perspective, renovating and altering it to ensure compliance with present-day requirements would be extremely time-consuming, and the cost would be economically unreasonable. We have decided to invest into creating new services and opportunities for the district in a fresher and more modern environment.”

Colonna is contributing to the preservation of the fresco “Morning” by Dolores Hoffmann, famous as a stained glass artist, painted on one of the walls of the cinema. The most important parts of the Hoffmann’s large-scale work painted in 1969 have been removed from the walls on the initiative of students of the Estonian Academy of Arts and will be preserved. The removal of the largest piece of the fresco with the area of nearly 6 square metres has been financed by Colonna, and it will be placed in a window display of the new building, accentuated with special lighting.

The Maxima “neighbourhood shop” to be opened in the new shopping centre will be 700 square metres in area and will provide 25 jobs in the future. In addition to groceries, the store will be selling a broad range of household and basic consumer goods. Marko Põder, CEO of Maxima Eesti: “We regard Kopli as a Tallinn’s residential area with great potential, and the location in the commercial building at 69B Kopli Street is of strategic significance for us. The building will be situated on a street corner with busy traffic. There is also a bus stop right next to the store, which will provide public transport users with convenient access to our “neighbourhood shop” also known as the Maxima X format”.

Founded in 2006, Colonna investment company is one of the largest investors in commercial real estate in Estonia and the Baltic States. Colonna primarily brokers the investments of international professional investors in real estate projects located in the Baltic States and manages the commercial operation of the purchased properties. Over 300 million euros have been invested in the Baltic real estate market through Colonna Group. The company’s portfolio comprises 90 commercial buildings with more than 250,000 square meters of rentable space and over 800 tenants in Estonia and Latvia. Colonna is an active contributor to charity projects and supporter of sport and culture.