What’s It Like to Be a Student in Estonia? 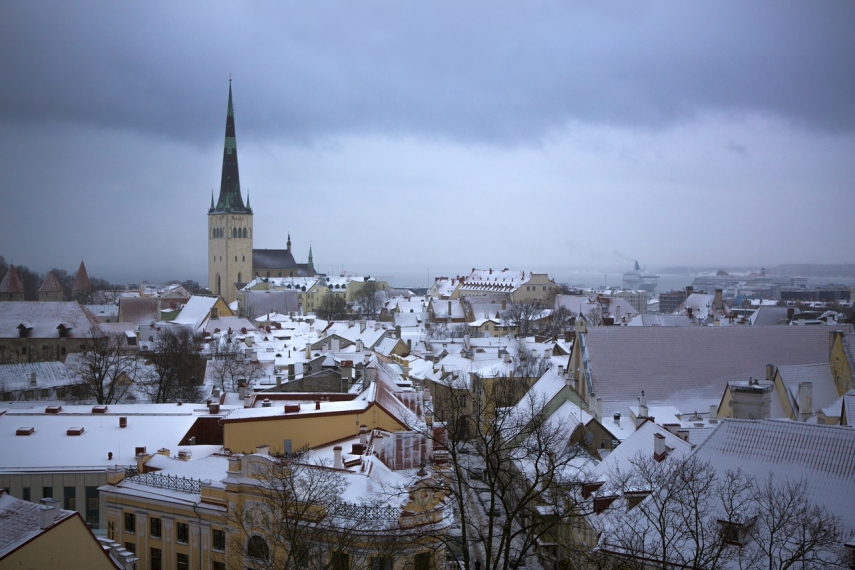 There are many places in Europe that can go under the radar, but sometimes the best gems are hidden! Ever heard of Estonia? It’s quite an intriguing country. Neighboring Russia and Finland and facing the cold depths of the Baltic Sea, Estonia is found in the wintery norths of our planet.

We won’t blame our readers if they’ve never been there before, but that’s why we’ve compiled a list of sizable information on what it’s like to live as a student there. We’ll be going over a brief overview of its history and how it is now, then touch upon elements concerning student life such as tuition costs, living expenses, and so on.

And for those who are contemplating studying abroad in a country like Estonia for the next semester, it’s high time that you delegate some academic tasks to free up your schedule. If you need to improve your essay, then try essay editing offers for a low price. You’ll get in touch with an expert writer in no time, and the rest is on them. There are tons of different services to help students with academic work: trust us - it helps.

Brief Overview: Estonia Before and Now

Estonia has a rich history. It was occupied by many of its neighboring European countries and was part of the Soviet Union in the last century (albeit unwillingly). However, today, it stands independent and has a unique language and its own peculiar identity. Needless to say, it’s a very old European country. There are buildings almost a thousand years old.

Take a little peek at its history. Estonia first appeared as an independent nation in 1918, but this independence didn’t last very long before it was absorbed into the Soviet Union during World War II.

The country is located in the European Union and has been run for over a decade by their first female president Taavi Rõivas. The capital city Tallinn was established as an international trading center back in the day. The country has become independent since 1991.

Here’s some general information to introduce you to education in Estonia.

They are relatively dirt cheap if you compare it to U.S. tuition costs, so it’s heaven on earth, especially for U.S. international students. There are no fixed tuition costs, with each university setting its own standard. However, students can expect to pay around 1,500 to 8,000 EUR per year for a bachelor’s or master’s degree.

On a special note, there are certain programs that allow students to study for free. This is called a tuition fee waiver. Get in touch with the right authorities in your educational facility to know more about this. On a winning note, Estonia’s government offers a plethora of scholarships for international students since they’re welcomed in the country.

Take note - there’s no student visa in Estonia. What they do have is a temporary residence permit for studying (abbreviated as TRP). Non-EU citizens have to apply for this permit at the Estonian Embassy or their respective Consulate. On the other hand, EU citizens can register for this permit at a government office in their locality within 3 months of arriving in the country.

It’s relatively cheap to live in Estonia, especially if you compare it to Finland or the majority of its Scandinavian neighbors. Here’s what you can expect.

- Students can find and rent places for as cheap as 500 euros per month.

- Food is affordable, and you don’t pay tax on it. Students can get a pizza for about 6 euros, for example.

- Depending on your standards, comfortable living can be achieved with about 1,500 euros a month and beyond.

Students won’t need an additional permit to work in Estonia. The average monthly salary is 1,221 Euros for a full-time position, and the minimum salary wage is 470 Euros a month. But hey, take it from us and work online; you’ll have more options.

Summers in Estonia will be pretty interesting for first-timers. Here’s a well-known fact: Northern countries have midnight suns. Well, in Estonia, students can expect daylight for as long as 20 hours a day during the summer season. If you’ve ever watched Midsommar, and heard of Midsummer, then you’ll be in for a treat. The Vikings didn’t sleep.

On the other hand, summer doesn’t last long, so be prepared. Things already get chilly around September, and winters are long and hard. Brace yourself.

Welcome to free health care, most of it anyway. It’s a standard in the EU. And as far as religion goes, it’s not very present. There are some beautiful churches, especially in the capital, but generally speaking, Estonia has resisted Christianity.

The countries that occupied Estonia tried to force Christianity on its people, but they mostly went back to their pagan roots and ways afterwards. The Russian minority is the most religious group in Estonia, with the majority of them being Russian Orthodox.

To sum it up, Estonia is a cheap place to live in. It welcomes international students, and the options for education are more than enough to be satisfied. The summers will have 20-hour days that might shock some, but the winters are long and cold.

This is a great country to learn about another culture, probably wildly different from yours. And that’s one of the most important things since students can widen their perspective on the world. Plus, it’s pretty interesting location-wise. We can just imagine all of the road trips and sea trips students can cook up with their friends.