We can simultaneously be Estonians, Europeans 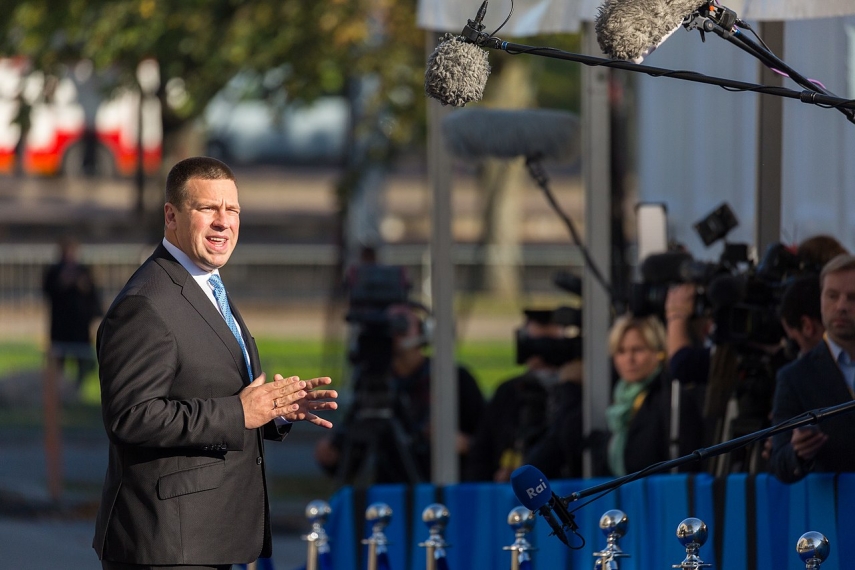 TALLINN - Estonian Prime Minister Juri Ratas at the conference "Nation States or Member States? Reimagining the European Union" on Monday said that it it possible to be both an Estonian and a European during the era of nationalism, anti-EU sentiments and populist and extremist views.

"Do we see the future of the European Union as an alliance of nation states or a union of closely integrated member states," the prime minister said when opening the conference. "It is an important question for Europe, as the rise of nationalism has been a much debated trend over recent years. In times, it has come hand in hand with anti-EU sentiment, populist and extremist views. Nevertheless, there should be no choice between either being a European or being an Estonian."

Ratas said that French President Emmanuel Macron is right in claiming that Europe is now facing two major changes – becoming a digital society and climate change. "Like with climate change there is a sense of urgency to act. Europe can only lead when she herself is a leader in digital matters and not a follower. The first Tallinn Digital Summit held on September 29 showed that the leaders of the European Union think alike in this regard," the prime minister said.

Ratas said that although the European Union is very much united by virtue of shared founding values, one another's differences are respected as well. "We must find a balance between new and conventional, risky and safe, economic, social and environmental, big and small, North and South, East and West," the prime minister said.

The conference "Nation States or Member States? Reimagining the European Union" brings together leading scientists, members of think tanks, policymakers and journalists, who will discuss the development of Europe in current, complicated times. The participants shall also discuss whether the closely integrated European Union is about to end, whether Europe will survive the populism, whether Europe can still be held together by the shared economy and what will the future of the relationship between the European Union and the United Kingdom, Turkey and Ukraine be.

Keynote speakers of the conference include Giuliano Amato, former prime minister of Italy and judge of the Constitutional Court of Italy, and Brigid Laffan, the director and professor at the Robert Schuman Center for Advanced Studies and director of the Global Governance Program at the European University Institute in Florence. The conference is moderated by Marek Tamm, a professor at Tallinn University.