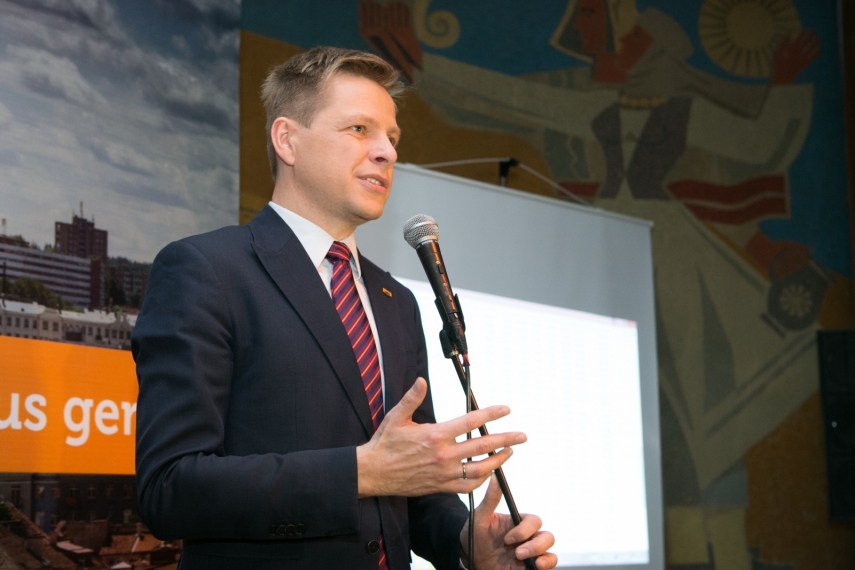 Šimašius explained he has a “mentality and understanding of government needing to be transparent”, and while his policy of open data is “nothing new”, he would like to “open up what was being bought, for what price, what was going to be bought [using public funds].”

During Zuokas’ last term of mayor from 2011 to 2015, the Lithuanian capital racked up a debt of 390 million euros on projects which include the regional Air Lituanica airline – a project costing the municipality 11m euros annually.

“When you are hiding, you won’t be able to find the place where it was misused or how the power was abused.

“I think when we’re speaking about legal consequences, in most cases it will not be for hiding, but for misusing. And of course opening up means the easy way to find it.

“Also speaking about finances, what we are starting with [with the Open Data policy] is mainly financial, public property and procurement data.

“We think this is the most sensitive issue and the most important issue. As a leader of the municipality, I do understand that some leaders, directors and company heads sometimes think that if you do not show the data, you are able to hide something from the media and from the public.

The new mayor also admitted he was not yet entirely sure what was happening in some of the companies owned by Vilnius municipality. However, he revealed his administration had already started taking the necessary steps towards transparency in corporate governance despite being inaugurated not even a month ago on April 22.

“How is the process going on? Well, we started with it [the Open Data policy] and have found some interesting cases,” continued Šimašius.

“Last week the first board meetings were held in those companies, and in two weeks, there will be some other in some companies it will be in two weeks, it’s still a process.

“I cannot say yet that I am in charge or do know what is happening in those companies, but in this case we have another process not only with opening the data, but we also have independent boards and we have this new system of selecting these, and identifying what the companies’ goals are.

“Opening up the books is not our unique invention, it’s based on OECD standards of good corporate governance, so we are going ahead with this project and it is our target for this particular year.”

Prior to winning the 2015 Vilnius mayoral election, Šimašius was Lithuania’s Minister of Justice from 2008 to 2012. He is also currently a member of the Lithuanian Seimas.

A member of the Liberal Movement party, Šimašius secured the mayoral election victory with 61 percent of the vote over Zuokas during the March 15 run-off.

This article first appeared on the Lithuania Tribune