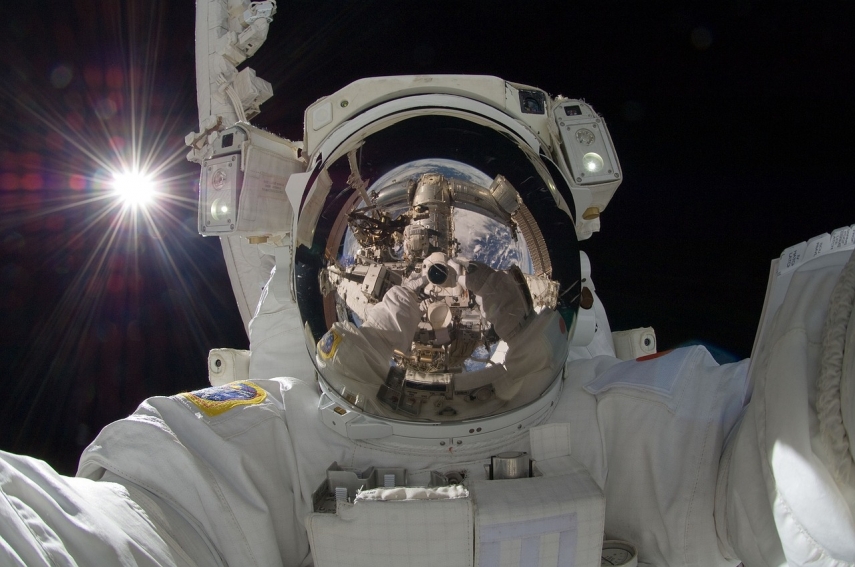 VILNIUS - Students at two Vilnius schools on Wednesday had a live chat with an astronaut aboard the International Space Station.

The children had a live question and answer session with US astronaut Joseph Michael Acaba with the help of Vilnius University Radio Club and the Lithuanian Amateur Radio Society.

Simonas Kareiva, the society's president, told BNS that it was the first time Lithuanian schools, together with radio amateurs, had made direct contact with an astronaut traveling in orbit over Lithuania.

The pre-scheduled live chat with Acaba lasted for around seven minutes, he said.

The project by the two schools -- Jonas Basanavicius Gymnasium and Jonas Basanavicius Progymnasium -- was aimed at marking the centennial of Lithuania's restored statehood, as well as at promoting science and technology among schoolchildren.

"The children's contribution was quite substantial. They even built certain antennas that were used as auxiliary equipment," Kareiva said.

During the seven-minute session, the astronaut answered 20 questions on topics ranging from the International Space Station and astronauts to Lithuanian lasers.