Vejonis: Closer NATO and EU cooperation in strategic communications must become a priority 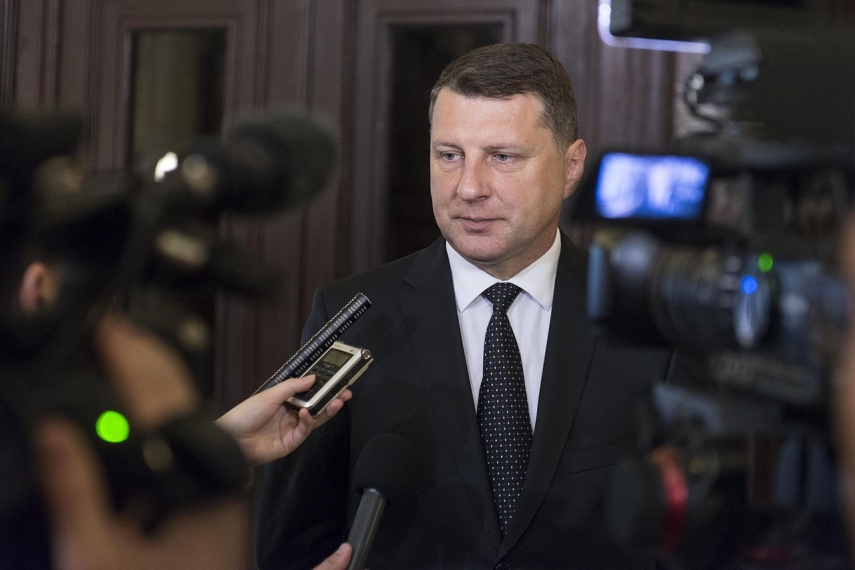 RIGA - During today's Riga StratCom Dialogue 2017 Conference, being held at the Latvian National Library, President Raimonds Vejonis said that closer cooperation between NATO and the European Union (EU) in the area of strategic communications must become a priority, especially in regards to NATO's enhanced presence in the Baltics and Poland.

Addressing the conference, the Latvian president pointed out that there have been substantial geopolitical changes the past three years. ''From the east, we feel the impact of Russian misinformation and propaganda, but from the south - another information campaign by the terrorist organization Daesh, which is capable of radicalizing those weaker members of society,'' the president said.

''We are not involving ourselves in anti-propaganda campaigns. Instead, we are investing in the development of media skills and the work of a professional journalist, which will help in strengthening critical thinking in people and unmask lies. We chose the truth in place of lies,'' Vejonis emphasized.

''We still have much to do, and much to learn. We have been victims of misinformation campaigns, with the aim of influencing our opinions, as well as the opinions of our partners. We must react to these attempts to take advantage or our democratic values by hiding behind freedoms of speech and freedoms of the press,'' Vejonis said.

According to the president, responsible, honest, objective and transparent media outlets are a main characteristic of a democratic society. At the same time, measures are being looked at to counter the influence of misinformation and propaganda, the president said.

''I am confident that by working together, we can make this era of ''post truths'' and ''fake news'' a thing of the past. We understand the threats we are facing, and we are looking for the necessary solutions,'' the president emphasized.

Meanwhile, Estonian President Kersti Kaljulaid expressed hope that these discussions will lead to answers on how best governments can utilize strategic communications and find a suitable balance.

''The best response to lies circulated by our enemies is the free availability of truthful information. People must be taught how to decipher propaganda, and relations between the government and the media must be a good one,'' the president said.

At the same time, the Estonian president also emphasized the role social media plays in strategic communications, pointing out that a large portion of society obtains its information through social networking websites like Facebook.