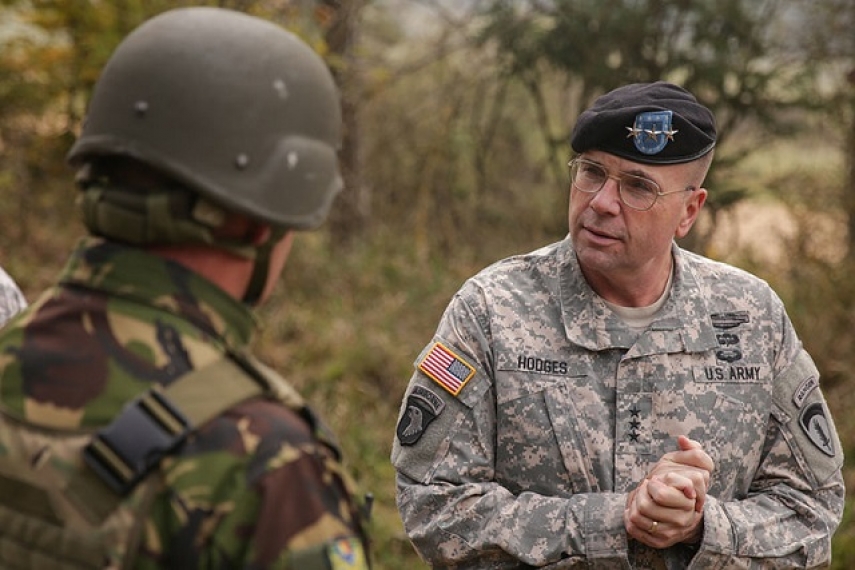 Commander of US ground forces in Europe, General Ben Hodges, stated on Wednesday that NATO would currently be unable to protect the Baltics against a Russian attack

"Russia could take over the Baltic states faster than we would be able to defend them," Hodges stated to German-language news weekly Die Zeit.

The general said he agreed with an assessment by military analysts that says Russian forces could conquer the capitals of the Baltic states of Latvia, Lithuania and Estonia within 36 to 60 hours.

Heavy military equipment could not be moved fast enough from western to eastern Europe, he said, while also voicing concern about the alliance's communication technology.

"Neither radio communication nor email are secure," he was quoted as saying. "I assume that everything I write on my BlackBerry is being monitored."

The Anaconda manoeuvre included troops from more than 20 NATO member states but was officially a Polish national exercise.

Hodges told Die Zeit that "some countries, like France and Germany, thought it would be too provocative toward Russia to call it a NATO exercise".

NATO announced last week that it would deploy four battalions to Estonia, Latvia, Lithuania and Poland to counter a more assertive Russia, ahead of a landmark summit in Warsaw on July 8-9.