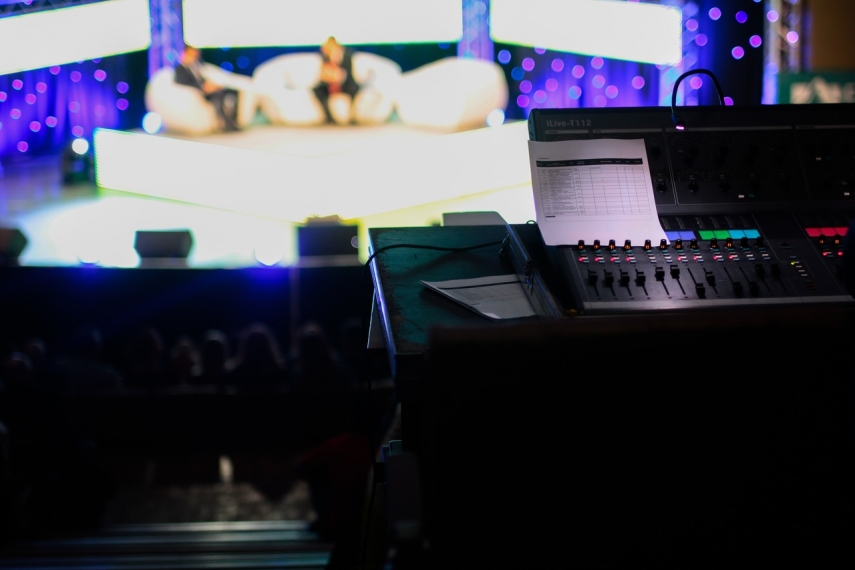 Officially launched in Prague this month, the "Current Time" channel targets an audience of more than 270 million people, mostly in the former Soviet area, with news and views that provide an alternative to the Kremlin's version of reality as channelled through state-controlled media.

The new channel's launch comes as relations between Moscow and the West have hit their lowest point since the Cold War, triggered by Russia's 2014 annexation of Crimea from Ukraine and its military campaign in Syria a year later.

Suspicions also linger in the West about the extent to which the Kremlin may be using the internet and other means to spread fake news that could boost the popularity of pro-Russian politicians, thereby destabilizing NATO and the European Union.

It's "mostly money laundering under the guise of fighting Russian propaganda," he said on Russian state TV last week, without elaborating or offering any proof of fraud.

RFE/RL, which reaches 23 countries in 26 languages, has launched the venture jointly with the Washington-based Voice of America.

As the official U.S .international broadcaster, VOA targets more than 236 million people a week in more than 45 languages.

"Our ambition is to gain the audience in this important region which has lately been bombarded by a lot of disinformation, lies and propaganda," he said.

"We feel there is a need for objective news and we will try to provide this type of service to our audience."

Some programs focus specifically on the Baltic states, Moldova and Ukraine, all under Moscow's thumb during Soviet times and now home to significant ethnic Russian populations.

The station broadcasts via satellite, cable and the internet from Prague, where RFE/RL has been based since its 1995 move from Munich.

"Most importantly, we do social media and digital coverage for audiences that are particularly hard to reach, like those in Russia," Current Time director Daisy Sindelar told AFP.

RFE/RL President Thomas Kent says that while the US Congress has approved funding for "decades," possible federal cost-cutting under President Donald Trump could affect programming.

Current Time's operating budget for this year is 9.5 million euros.

"We hope that the uniqueness of what we do will help preserve our funding," Kent told AFP.

Similar channels that operate free of Kremlin control include the BBC's Russian language service, which is setting up a new bureau in Riga, the Latvian capital.

Ethnic Russians make up a quarter of Latvia's population of two million people. Authorities in Riga are concerned Moscow is trying to target the country's largest minority with propaganda designed to destabilize the Baltic NATO and EU state.