US Army deploys tanks, IFVs to Lithuania for training 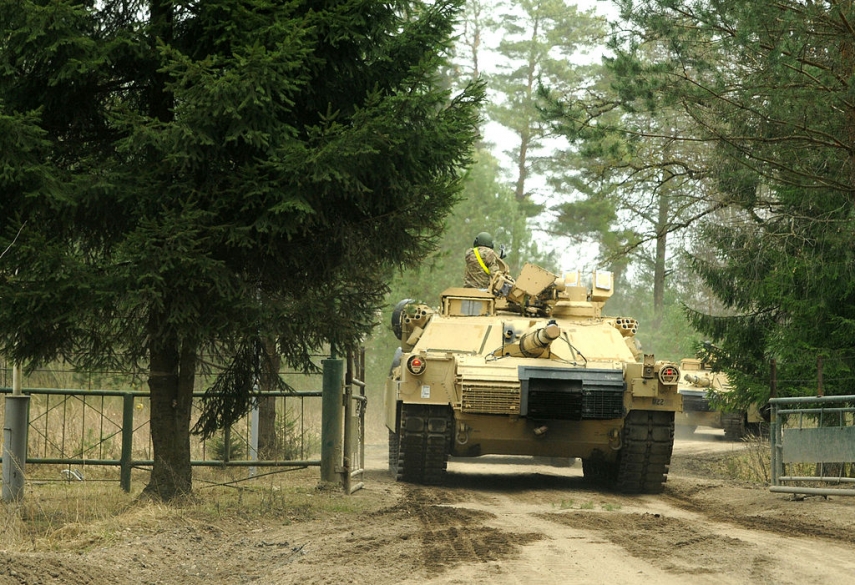 VILNIUS - The US Army's Abrams tanks and Bradley infantry fighting vehicles were on Friday transported to Lithuania for training, the Lithuanian Armed Forces said.

The heavy equipment of the 1st Battalion of the US Army 7th Cavalry Regiment, currently deployed in Poland, was unloaded at the Pabrade railway station.

The Americans will be training at the Pabrade Training Area, in eastern Lithuania, until the end of September alongside Lithuanian troops and NATO's multinational battalion stationed in the country.

"Troops will train a range of tactical actions (reconnaissance, attack, etc., including using live fire and guns of armored personnel carriers and tanks. The exercise will also test possibilities of deployment of NATO allies in Lithuania," the Armed Forces said in a press release.

"We can state that deployment of tanks and armored vehicles from Poland to Lithuania via railway went smoothly, moreover, we have identified a number of things that will help us be even more effective with our time in the future," First Lieutenant Leigha McGrady of the US Army battalion said.

"Railway stations here in Lithuania had all the equipment and infrastructure we needed, so our heavy equipment was moved almost three times faster than the previous times onto the readied wagons and to the training site in Rukla," she said.

The objective of the exercise is "to assess the conditions for tactical training with live fire using inert heavy equipment ammunition at the newly installed multifunctional firing range at General Silvestras Zukauskas Training Area of the Lithuanian Armed Forces".

The firing range was installed at the training area at the end of the summer.