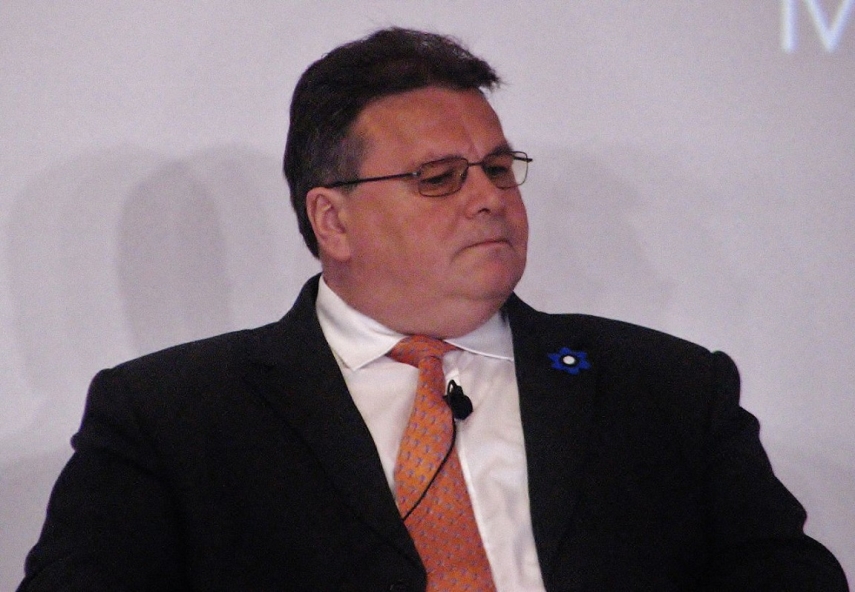 "Maidan set the bar for authorities so high that they simply failed to get over it.  First of all, it is about the country's oligarchy and corruption," Linkevicius said on Ziniu Radijas.

"With war going on and soldiers, people dying on one front and oligarchs dealing with their schemes and corruption plans on the other side, something was bound to happen, and that disappointment was so great that it is reflected in these results," he added.

Linkevicius said the results of the presidential election showed that efforts to combat these evils had not been sufficient,

"Learning to live without corruption is not easy when it is so deep-rooted. Apparently, it takes not only time, but also leadership and the political will, and people did not see such changes," he said.

The Lithuanian minister noted that this would pose a great challenge for the new president, adding that "a lot will depend now on how he builds his team".

However, Linkevicius said he had no doubt that Ukraine wanted to stay on its Euro-Atlantic course.