Tibet's envoy thanks Lithuanian MPs for support group in parlt 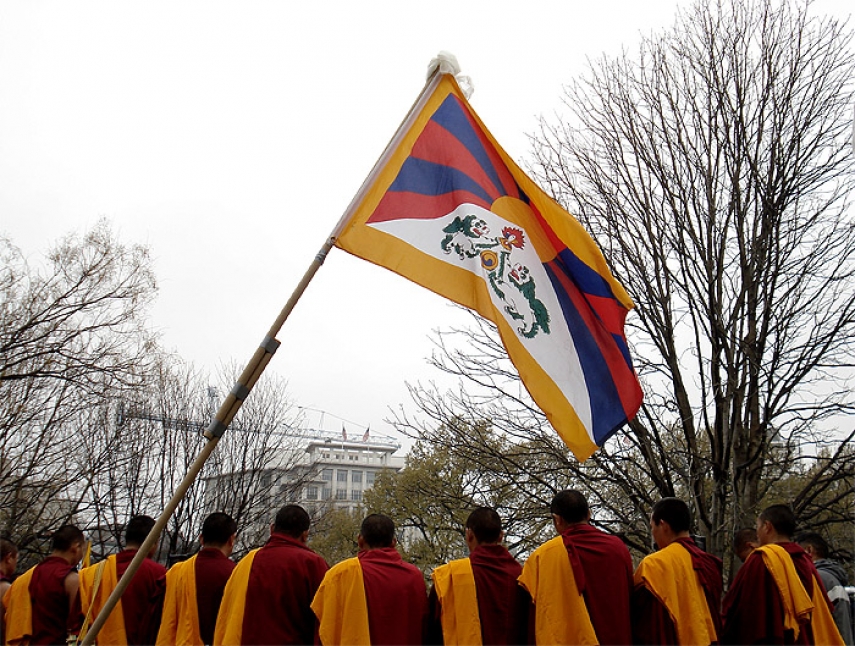 VILNIUS – Chonpel Tsering, representative of the Dalai Lama and the Tibetan government in Northern Europe, the Baltic states and Poland, has thanked Lithuanian parliamentarians for establishing a group of support to Tibet.

"Merely setting such a group is an act of solidarity itself. I think Tibetans in exile and in Tibet will get to hear of this that itself gives them comfort, reassurance that their fight was not forgotten, even in a county far far away in Europe, many Tibetans not necessarily have heard of. For Tibetans to learn that there is a parliamentary group in the Lithuanian parliament will be a great source of strength to them," Tsering told a news conference at the Lithuanian parliament on Friday.

Andrius Navickas, conservative MP who heads the group of solidarity with Tibet, said the main objective was to keep the Tibetan issue on the agenda.

Lithuania's parliamentarians intended to set up a group for parliamentary relations with Tibet, however, did not get a green light from the Seimas leadership, as Vilnius considers the Tibetan region in the Himalaya Mountains part of China. An ad hoc group of support was established, as it does not need an official go-ahead from leaders of the parliament.

Leaders of the group said the situation resembled the Soviet era, however, the representative of Tibet said the group's statute did not matter, all that matters was the determination to demonstrate solidarity with the people of Tibet.

"The name is irrelevant, what is important is will, determination and the support of the parliamentarians," said Tsering, the envoy of the Tibetan government in exile.

At the same time, he emphasized Tibet did not seek to separate from China, adding it only wanted an operating autonomy that would ensure freedom of culture, religion and speech. The Tibetan envoy said that even possession of the Dalai Lama's photograph could put Tibetans in prison for years.

Lithuania fell into China's disfavor after President Dalia Grybauskaite met with the Dalai Lama in Vilnius in 2013. Negotiations with China on various issues stalled until Beijing issued a statement in February 2015, stating its willingness to develop good ties.