The Kernavė Archaeological Site, the Curonian Spit, and our fascination with history 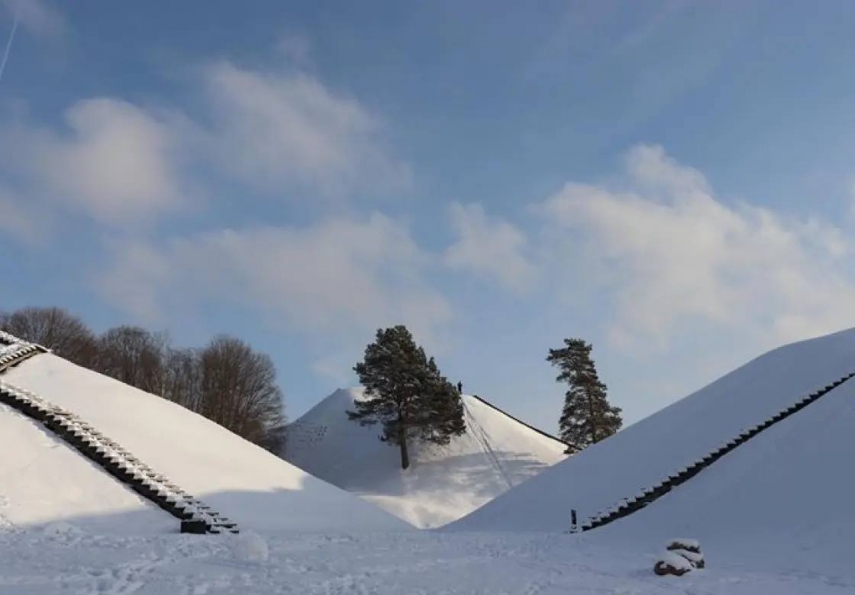 The Baltics are home to many beautiful regions and historical sites, including the Kernavė Archaeological Site and the Curonian Spit, both in Lithuania, which people from around the world flock to every year. But what is it about history that enchants us and inspires some to develop stories and games about certain periods in time?

Affectionately known as the “Troy of Lithuania”, the Kernavė Archaeological Site is roughly 35 kilometers from Vilnius. Situated in the valley of the River Neris, there are many ancient settlements spanning 10 millennia in Kernavė, which is Lithuania’s first capital.

It was first mentioned in the Livonian Chronicle by Hermann von Wartberge in 1279. There is archaeological evidence of ancient land used from the late Paleolithic Period to the Middle Ages when it was an important feudal town. Today, many people visit this beautiful part of Lithuania for many reasons, including its historical significance.

Considered one of the most beautiful landmarks in the Baltics, the Curonian Spit is around 98 kilometers in length spanning from the Curonian Lagoon. It has a long history, dating back some 5,000 years ago when the peninsula was first formed. It's also thought to have been the Kaup, a major trading centre not yet excavated, which existed circa 800 to 1016.

It's situated in the east, and the Baltic Sea is situated in the west. Varying in width, its narrowest point is just 400 meters wide, and its widest is a massive 4 kilometers. The top half of the Spit resides in Lithuania, while the Southern portion can be found in Kaliningrad.

The Lithuanian half of the Spit is a protected nature reserve known as the Curonian Spit National Park. It has plenty of visitors every year that enjoy one of the few visitor-friendly places of unspoiled examples of nature in the world. There are pine forests, sand dunes, including Parnidižio Dune, beaches, and fishermen’s villages, like Nida, all waiting to be seen.

People love visiting historical places, like those already mentioned and others, such as the pyramids in Egypt, and Stonehenge in the UK. But why? It’s thought that history provides escapism, allowing people to immerse themselves in a different time. Indeed, films, books, and games that are against a historical backdrop tend to do well because of this very reason.

For instance, Titanic, directed by James Cameron did exceptionally well at the box office. In fact, it did so well, it was the first film to gross at the billion-dollar mark. War and Peace, a book written by Leo Tolstoy is considered one of the greatest novels ever written, set against a well-researched historical backdrop.

When it comes to games, there are many games that feature moments of historical folklore, such as Assassin’s Creed Odyssey, which centers on a mythological historical plot during the Peloponnesian War between Athens and Sparta. Whereas others focus on historical landmarks, like Megablox Pyramids, which can be played online at Buzz Bingo.

Egyptian symbols are on each of its three different-sized reels, including scarabs and the Eye of Horus. There are 10 fixed paylines split between the different-sized reels so players can win on each one.  In addition to these online games, other types of games have been played throughout the centuries. Mahjong, a popular Chinese game, can be played online as well as physically with tiles.

Being able to escape to a different world is something that we all do, from time to time, whether it’s watching a film, or playing a game. This escapism allows us to relax and enjoy the moment. Genres that have a historical backdrop provide such opportunities and immerse people into what they’re doing. We might even learn a thing or two along the way.