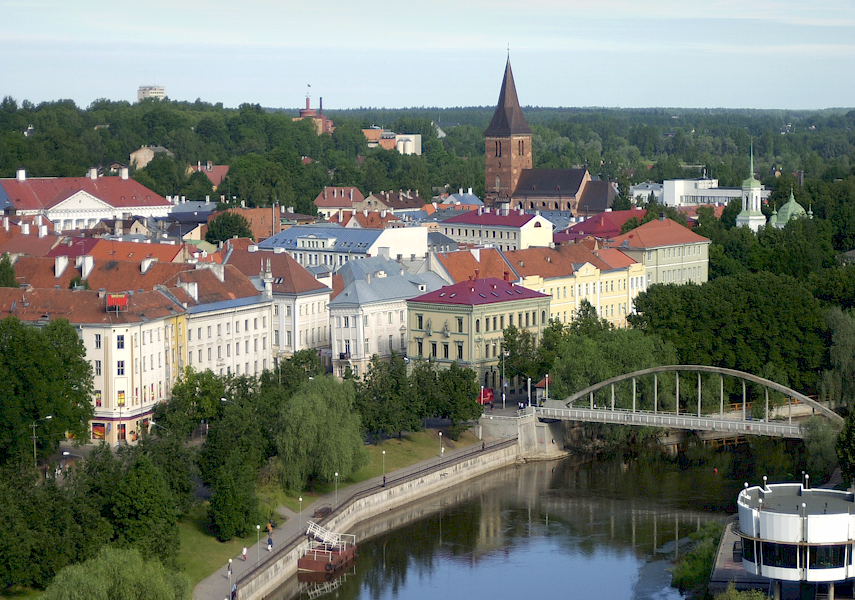 TARTU - Estonia’s second-largest city of Tartu has become a member of UNESCO’s Creative Cities Network designated as a City of Literature — the first such in the Baltic and Nordic countries.
“Tartu has a rich literary life and fully deserves the recognition. Winning of the designation was preceded by thorough preparatory work in partnership with Tartu’s literary community and cultural institutions on whom further substantive work will largely rest. The title of a City of Literature will for sure bring lots of new colors into our cultural life,” Mayor Urmas Klaase said.

There are a number of initiatives the city has pushed for in order to win UNESCO’s accolade. In Oct. 2014, a Little Free Library was opened at the Anne Youth Centre.
In 2015, the city introduced the award for the best work of children’s/youth fiction. The award is financed by the city and given out by Tartu Public Library in cooperation with the Tartu Toy Museum. The winner of the award is announced on the World Book Day (also celebrated in Tartu as the Book and Rose Day), April 23.

In 2015 the Tartu Department of the Estonian Writers Union and the city government started working on the statute of the City Writer scholarship.  The city supports literary projects initiated by the youth within the framework of the youth initiatives programme NOA.
Since 2015 the city supports the schools to invite writers to perform.
The city is planning to organise a reading seminar for the children’s day care centres.

In Nov. 2015, the European Poetry Slam Championship was held in Tartu. One of the main cultural festivals of Tartu, the interdisciplinary festival Crazy Tartu will take place parallelly with the championship.  The festival and the championship are organised by the writer Jaan Malin, the Estonian Literary Society, and the Tartu Department of the Estonian Writers’ Union.

In autumn 2015 a new project, Bussiluule (Bus Poetry), was launched to introduce literature in the urban space: stickers with poems are placed in the city buses of Tartu. Planned as a long term project, the Bus Poetry will be offering a selection of 10 poems from different authors once or twice every year. The project is coordinated by the Estonian Literary Society.

A literary guide of Tartu is being compiled by Maia Tammjarv, a PhD student of the University of Tartu and the literary editor of the cultural monthly newspaper Muurileht.