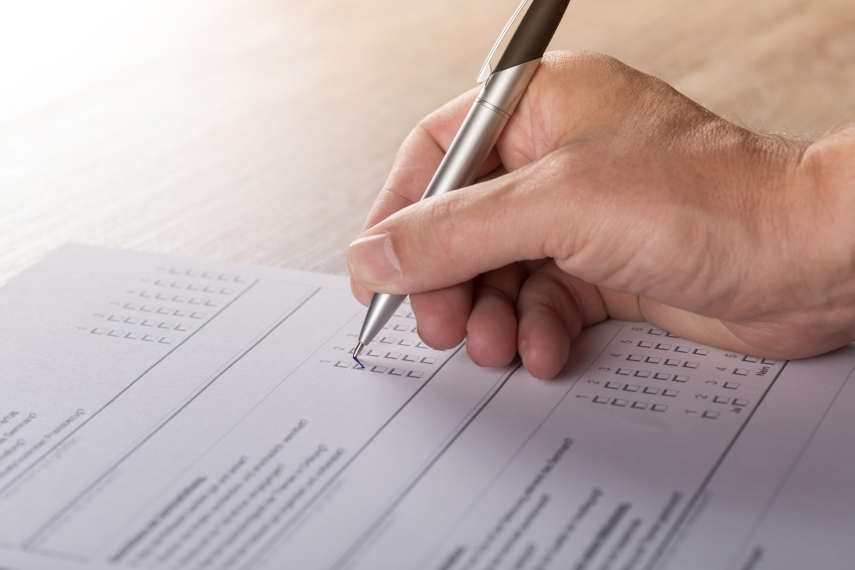 TALLINN - Figures from a survey carried out by pollster Kantar Emor show that the ID card security risk exposed in the beginning of September did not impact the attitude of people in Estonia towards e-voting as those who previously deemed e-voting necessary still think so and those who were against it are still against it.

The survey commissioned by Postimees and BNS was carried out immediately after the security risk with ID cards was announced to the public. Altogether 1,468 people of ages 15-74 for the survey from September 8 through 14 were asked what kind of activities they deem necessary on the internet. Emor asked the same question also in April.

Aivar Voog, survey expert at Kantar Emor, said that the change is marginal. "Increase in security risk is perceived more by women and people in Estonia with a lower education level," he said, adding that the attitude towards e-voting is mostly dependent on which party the respondent supports. "Approximately half of the voters of the Estonian Conservative People's Party (EKRE) and the Center Party consider the opportunity unnecessary. As Center Party is mostly supported by non-ethnic Estonians, then their attitude towards e-voting is also critical," Voog said.

In comparison, approximately 100 percent of people in Estonia consider e-banking and the e-tax system necessary. "Therefore, the attitude towards those activities is not dependent on socio-demographical indicators," Voog said. Altogether 99.4 percent of respondents in April and 98.9 percent in September deemed e-banking necessary, while 98.4 percent in April and 97.2 percent in September considered the e-tax system necessary.

"I would have expected a harder blow immediately after [the disclosure of the security risk]," Mihkel Solvak, political scientist at the University of Tartu, said.

He recalled how in May 2014, slightly before the European Parliament elections, the Tallinn city government invited Alex Halderman from the University of Michigan to speak about e-voting, who then said that they are so unsafe that they should be done away with immediately. "The media also covered this extensively. Experts made a lot of effort to clarify that his claims were not competent," Solvak said.

"Perhaps the number of e-voters in Estonia will not increase any more as users of electronic identification make up approximately 50 percent of ID card holders. A third of votes is already given electronically, but a certain group of people will keep voting on paper," Solvak said.

Prime Minister and Center Party chairman Juri Ratas at a press conference on September 5 announced a security risk with ID cards and recommended that people start using Mobile ID instead. The potential security risk affects ID cards issued since October 2014, including cards issued to e-residents, which number approximately 750,000. At the same time experts said that the risk is only theoretical and cracking the code of all faulty cards would cost approximately 60 billion euros.

The National Electoral Committee decided at a meeting on September 6 that e-voting will take place in the Oct. 15 local polls in Estonia as planned. It was announced on September 12 that the Estonian Information System Authority (RIA) is already working on a potential solution to the problem.