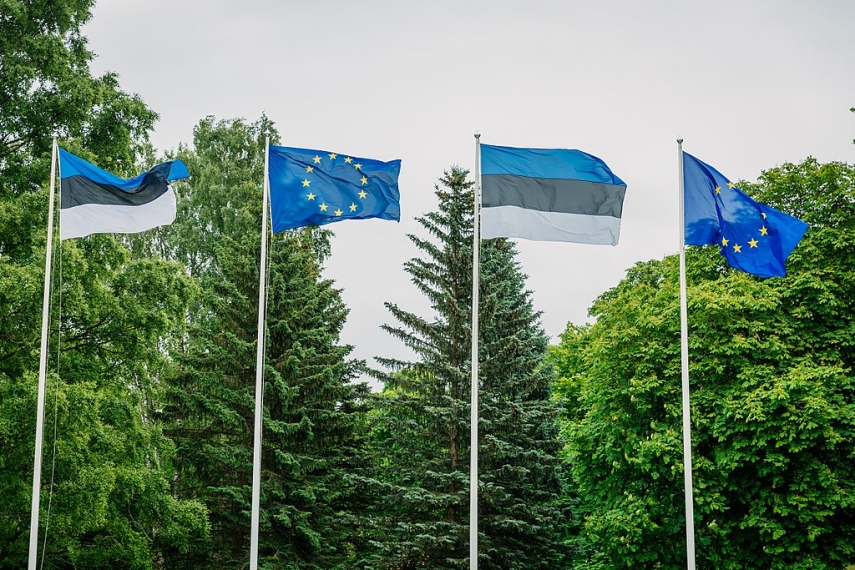 TALLINN - The attitude of Estonian citizens towards the European Union is significantly more positive than of citizens across the EU on average, but Estonians are also more passive than average in their assessments and don't consider participation in the European Parliament elections next May as important or likely, it appears from a recent survey.

In spring 2018, 69 percent of Estonian citizens considered the country's membership of the EU to be good, which is the highest such indicator in the past 11 years. The ratio of such answers across the EU was 60 percent, it appears from the findings of the survey presented at the representation of the European Parliament in Estonia Friday.

Throughout the survey period, since 2007, the attitude of Estonian citizens to membership of the EU has been more positive than of citizens of the EU on average.

The survey conducted by Kantar Emor shows that 49 percent of Estonian citizens are unable to say whether things are moving in the right or wrong direction in the EU in general. Across the EU, the ratio of such answers was 26 percent.

Estonians also view the contribution of the EU in most policy areas as more suitable and adequate than EU citizens on average. And the other way round -- fewer Estonians than citizens across the EU see the actions of the EU as insufficient.

Answering the question whether they consider voting in the European Parliament elections as important, 38 percent of citizens in Estonia and 49 percent across the EU considered it very important. The same was considered not important by 26 percent of Estonians and 17 percent of EU citizens on average.

On that indicator Estonia ranks as the fifth most passive country in the EU. Estonia also ranked lower than average when it comes to the perceived probability of citizens going to vote in the elections. Of Estonians citizens 31 percent considered it very likely and 14 percent rather likely.

Kantar Emor conducted the survey commissioned by the European Commission in Estonia from April 11-22 by interviewing 1,003 EU citizens aged 15 and above. A similar survey was conducted about the same time in all 28 EU member states.