Statements on EU army cause US distrust, Lithuanian formin says 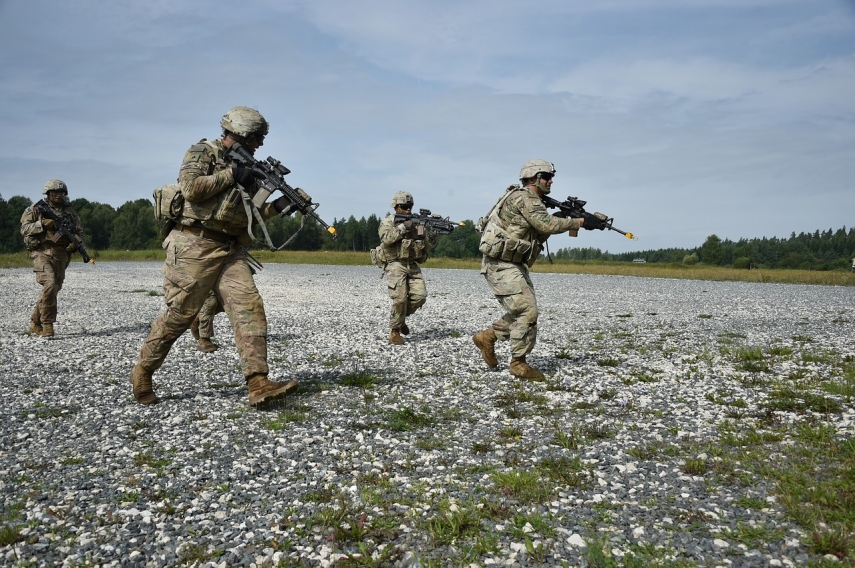 PAUNGURIAI – Lithuanian Minister of Foreign Affairs Linas Linkevicius on Friday slammed statements on the creation of an EU army, saying that they cause the United States' distrust.

"Talks on a European army have no basis not only because nobody knows what that is, but they also cause dissatisfaction and distrust on the other side of the Atlantic for no reason (…) and bring in even more confusion which, in our opinion, is unnecessary," the minister told journalists in Trakai District, southern Lithuania, after the annual Snow Meeting of security policy experts.

His comments came in response to the German and French leaders' calls late last year to create a European army which would bolster NATO.

Angela Merkel and Emmanuel Macron say the United States lead by Donald Trump is moving away from European affairs and it needs to take care of security and protection from Russia itself.

Linkevicius hopes the United States will remain an active player in global politics.

"The world's biggest economy, a country with probably the largest security potential, naturally, cannot ignore events all over the world," the minister said.

In his words, emotional statements or „tweets (…) should not overshadow the general strategic picture" that NATO is the most successful and well-balanced military alliance.