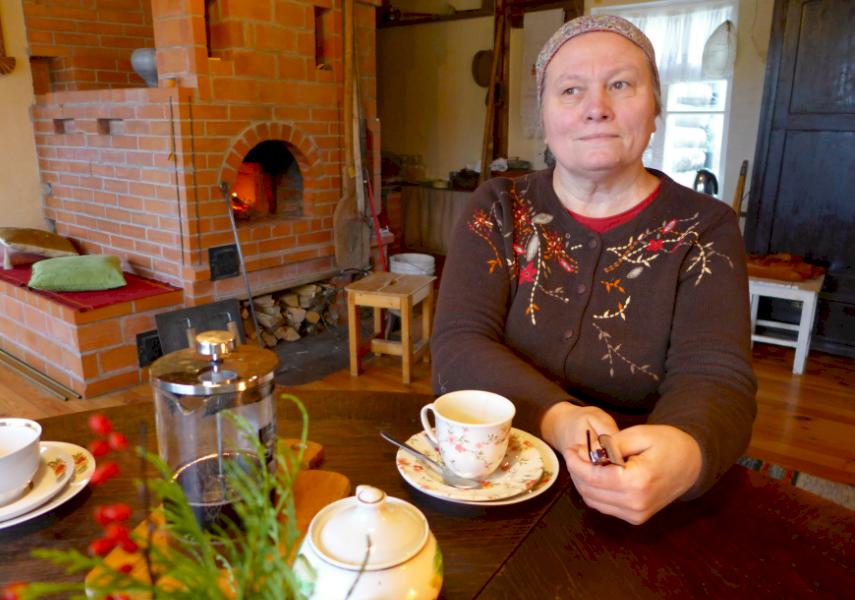 With a population of around 4,500, Setomaa is a region in southeastern Estonia that straddles the border between Russia and Estonia. Obinitsa is the second-biggest village on the Estonian side. Home to around 120 people — known as Setos — their community has been split since 1992.

The border ratification agreement between Russia and Estonia currently being discussed in Estonia’s Parliament, the Riigikogu, has had the biggest impact on this small, quiet community.

After the break up of the Soviet Union, a control line was put in place to mark Estonia’s borders. This stopped the Setos being able to move freely between both countries. It cut them off from friends, family, and the graveyards their ancestors are buried in.  The majority cannot afford to regularly buy visas to enter Russia. Most migrated to the Estonian side in the early 1990s, but around 100 still remain in Russia.

More than 20 years later this control line has still not been officially ratified by either Russia or Estonia. When the agreement is finally passed, an equal amount of land will be swapped between Russia and Estonia and the borderline will be tightened and patrolled more efficiently.

Plans are afoot to deploy drones, radars and sensors along the border, spokesman for the Estonian Interior Ministry, Toomas Viks, told The Baltic Times.

However, this version of the bill is not currently being discussed in Russia’s parliament, the Duma, although it has been debated there for years. President Vladimir Putin has also said recently he is in favour of a “mutually respectful” dialogue between Moscow and Tallinn in this regard. And in October, Aleksey Pushkov, head of the Russian Parliament’s Foreign Affairs Committee, hinted it could be ratified in the first half of 2016. On Wednesday, Nov. 25, the first reading of the bill was passed in the Riigikogu.

Last week The Baltic Times visited Obinitsa to meet some of the residents whose lives have been affected by the control line and to see how the new border will affect them when — and if — it comes into force.

Guide Helen Kulvik from the Seto Instituut offered to show the Baltic Times around and translate the special Seto language, which is Fenno-Ugric like Estonian, into English.

With 15 years experience as a guide she knows better than most how the control line has affected the community. “It was like an iron curtain for the local people,” she says on the drive from Tartu to the village in Voru County.

Obinitsa, in Meremae Parish, is a cluster of small of wooden houses, some in better condition than others. There is a library, museum, and church but the school was closed several years ago.  It is around seven km from the control line.

Tiina Lillmaa is head of the village library and has lived here in the area for most of her life. Her house is four km from the border. The 55-year-old said that the ratification of the border would actually make her “feel safer” from people coming across the border.

But she was not referring to a potential Russian invasion, saying that during the Ukrainian crisis she thought American president Barack Obama would not let anything bad happen to Estonia. But rather to the Vietnamese migrants who cross from Russia illegally to get into the European Union.

“Most people feel more secure now,” Lillmaa says through Kulvik. “I am glad it is happening.”

Oie Sarv, 60, is a guide at the local museum. She grew up in Tallinn in a migrated Seto family, but spent her childhood summers on the Russian side of the border with her aunt. Her grandparents had moved to Tallinn in the 1930s. Most of her life she lived in Tallinn, but around 10 years ago she and her husband moved to a smaller village, Kiiova, just outside Obinitsa.

She has always taken an active role in the Seto community and is one of the best Leelo choir singers around today. On the top floor of the museum there is currently an exhibition dedicated to her life.

Sitting downstairs at a small table over cups of tea in flower patterned cups and saucers, through Kulvik, she tells The Baltic Times that she “has become fine with the control line because that way it is better to save emotions.”

At first she was not happy with the line. It used to upset her because she could not visit the church and graveyards on the other side. “At first it was new and strange,” she said. “People felt very emotional.”