Saakashvili gets ID in Amsterdam allowing him to live in EU 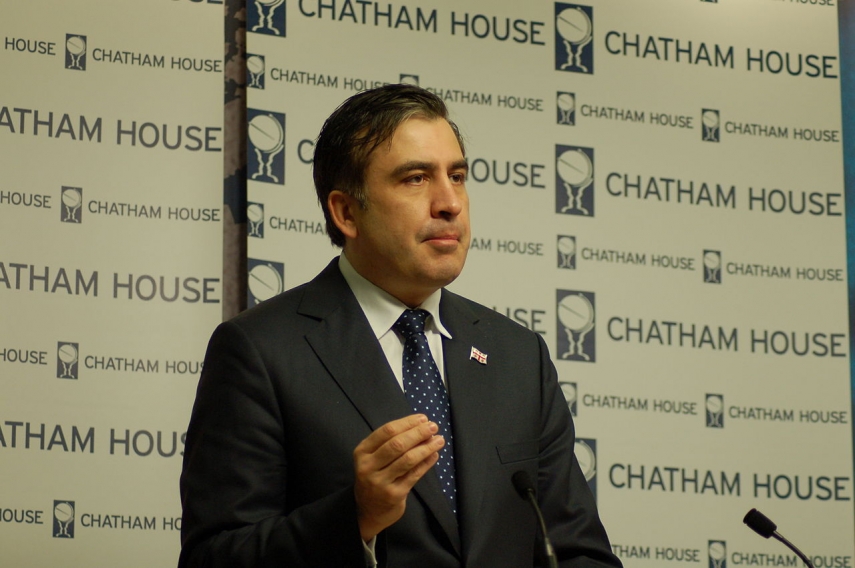 KYIV - The ex-president of Georgia and leader of the New Forces Movement, Mikheil Saakashvili, received an identification card in Amsterdam, the Netherlands, on Wednesday, which gives him the right to live and work in the European Union, but he intends to regain his Ukrainian citizenship.

"Today, in Amsterdam, for the first time recently I got a real document confirming my identity. Straight on arrival to the Netherlands I was given the identity card giving me the right to live and work in the European Union, the whole procedure took just several minutes," Saakashvili wrote on his Facebook page on Wednesday.

"I am determined like never before to regain my Ukrainian citizenship," he said.

He posted a picture of himself with the ID on a tram.

It was reported earlier on Wednesday that Saakashvili had arrived in the Netherlands. Yesterday he was in Warsaw, telling of his plans and in particular his intention to reunite with family in the Netherlands over the coming days. "Next I will be moving all over Europe and doing politics," Saakashvili said.

In July 2017 Ukraine President Petro Poroshenko stripped him of Ukrainian citizenship while the politician was in the United States. In September Saakashvili, surrounded by his supporters, crossed from Poland into Ukraine, breaking across the border. On February 12, 2018, Saakashvili was detained in Kyiv and sent back to Poland in line with the readmission procedure.