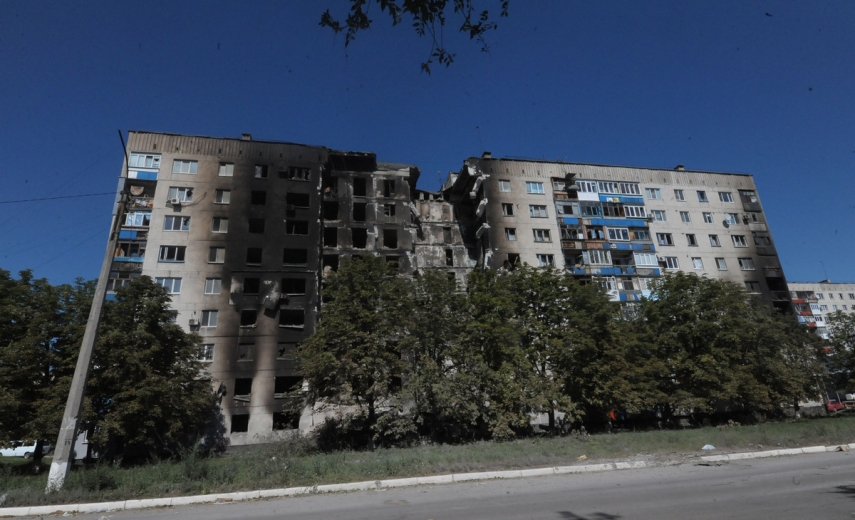 A result of the fighting in Donetsk {Image: Mashable]

Ukrainian citizen Eduard Akopov who fought as a Russian-supported separatist in Ukraine has been stripped of his temporary residence permit in Lithuania, the State Security Department told BNS.

"In the opinion of the State Security Department, he constitutes a threat to our national security," said the SSD's spokesman, Vytautas Makauskas. "Therefore, the department has listed him as a persona non grata in Lithuania and turned to the Migration Department for the cancellation of his temporary residence permit in Lithuania."

Makauskas confirmed that the Migration Department had ruled to cancel the residence permit for Akopov, but could not specify the date of the issue of the temporary residence permit.

He added Akopov adding had been issued the permit after participating in the war in Eastern Ukraine.

According to information available to the SSD, Akopov organized an unlawful military group in the Donetsk district and was involved in the capture of administrative buildings.

The conflict between Ukraine's governmental forces and Russian-supported separatists has been ongoing since April 2014.