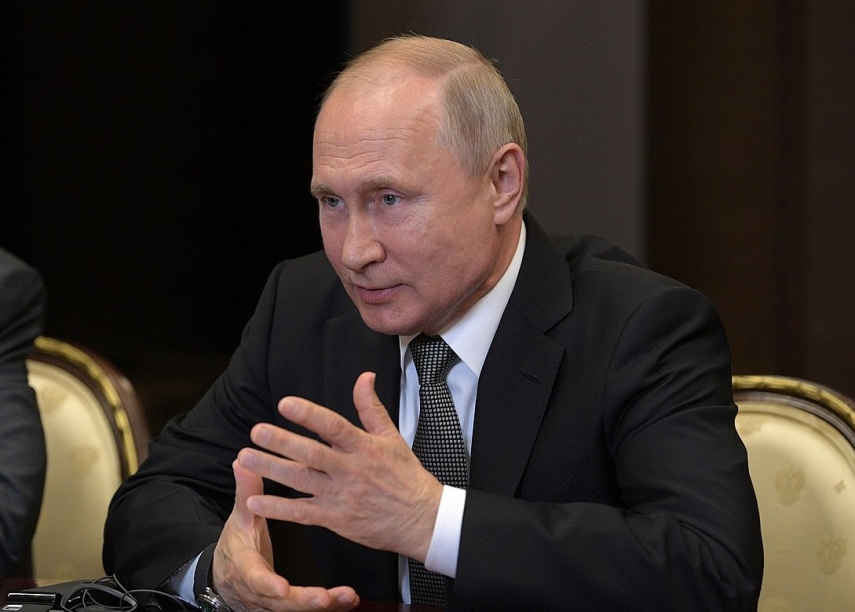 STRELNA, St. Petersburg - Spain should decide for itself how to handle Catalonia and other problematic territories, and Moscow is not interested in the breakup of any European countries, Russian President Vladimir Putin said.

"We are absolutely not interested in seeing European countries breaking up one after another," Putin said during a meeting with the managers of major international news agencies on Thursday, when asked about his attitude toward Catalonia's self-determination attempts.

It is a sheer myth that Russia wants Europe to be weak, he said.

"Forty percent of our gold and foreign currency reserves is nominated in euros. The European Union is our largest trade-economic partner. Why would we need everything there to shake and tremble?" he said.

"Spain should decide for itself how to exist, including in terms of problematic territories like Catalonia, and there are also some issues in the north, like the Basque Country and so on," he said.

"Thank God, they've been able to solve these problems so far. We expect these issues will be settled via a dialogue and based on legitimate decisions," Putin said.

At the same time, "life is more complex than some postulates, even those set out in the well-known international law norms," Putin said. "We perfectly understand this and are aware of this," he added.