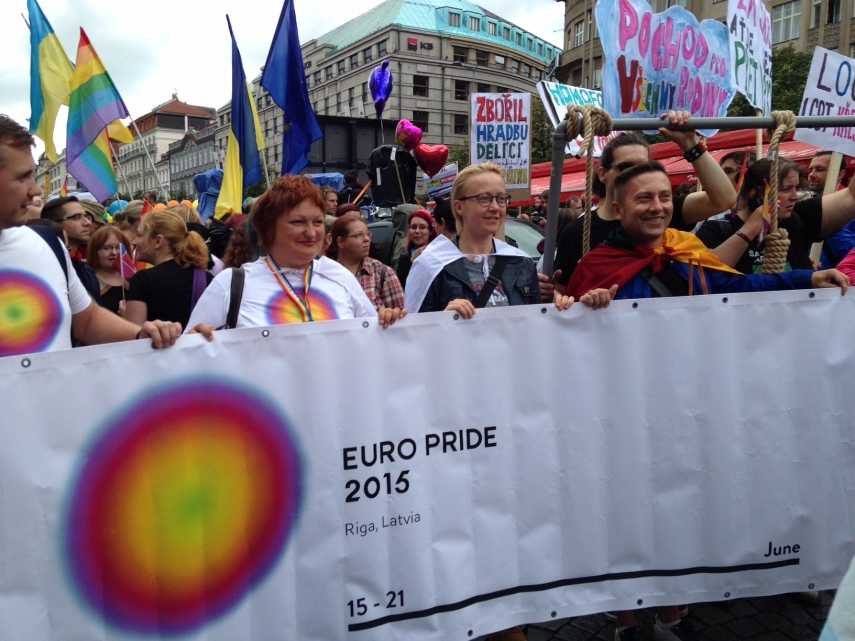 According to Riga Vice Mayor Andris Ameriks, the planned LGBT EuroPride event scheduled for June 15 - 21 in the Latvian capital, ''is a pretentious demonstration of oneself, which does not promote understanding," and should not happen.

In a discussion with LETA, Ameriks emphasized that according to a recent public opinion survey cast by Latvian Research Centre SKDS, 75 percent of respondents said that they do not support the organization of ''Europride'' in Riga. Only 2.5 percent of those asked said they were in favour.

Ameriks said that the Constitution does not forbid such events from taking place, therefore the City Council does not have the authority to ban the event.

However, he confirmed his comments about the largest LGBT gathering in Europe reflect his personal opinion.

''This event does not promote understanding within society, and the organizers should understand this,'' Ameriks said.

In 2012, the Latvian capital beat cities including Barcelona, Milan and Manchester for the right to host Europride 2015.

The event is being organised by the 'Latvian Association of LGBT and their Friends', Mozaika, who believe the chance to host this event is a huge achievement.

The organiser also pointed out that this year's Europride marks a historic occasion as it will be the first one held in a post-Soviet country on the EU's eastern border with Russia.

"This year's event provides an invaluable opportunity to draw pan-European attention to LGBT and human rights in the region," Mozaika outlined.