Research reveals why Latvians rarely experiment in the kitchen 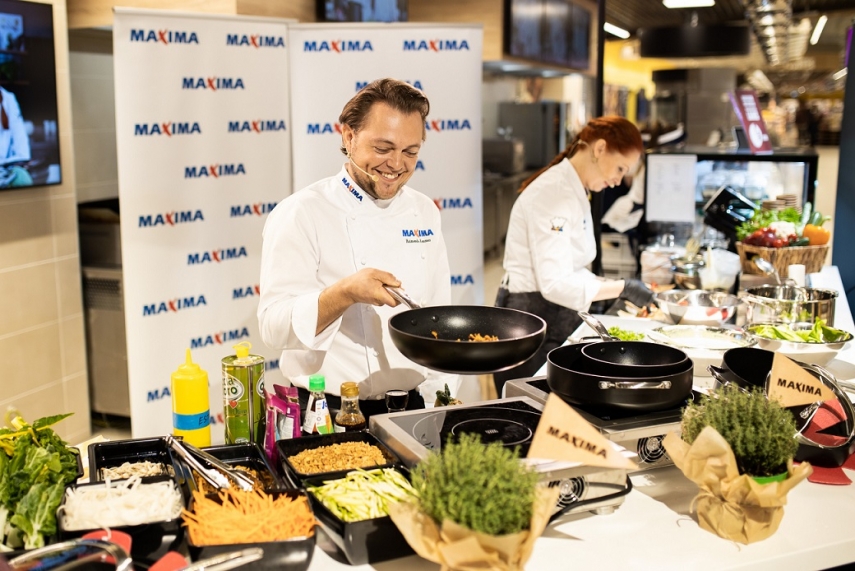 Despite an increasing variety of products appearing in stores and growing options for varied meal preparation, the cooking habits of Latvian residents have remained almost unchanged, according to research. 62% of those surveyed admit that they don’t experiment in the kitchen due to a lack of suitable equipment, according to a survey by Snapshots which was commissioned by Maxima Latvija.

94% of those Latvians surveyed cook at home, but the frequency and regularity of this varies between different groups of society. 54% of families with children up to age 18 cook every day. Equally, more than half, or 56% of those over 50 cook regularly. Women cook more often, with 57% doing so. In general, 49% of those surveyed cook at least once per day, while just 3% cook once a month or less.

“Restaurants and stores are offering an increasing variety of flavours and products to enjoy outside the home as well as to prepare in the home kitchen. However, in Latvia, more traditional and simpler dishes are still the most common choice when cooking at home, because people are used to the taste, cooking process and necessary equipment. Results of the survey show that Latvian residents tend to avoid cooking delicious meals such as grilled food, stir-fries, casseroles, sushi and even steak, choosing more typical meals in their place. I would like to encourage people to experiment more and add variety to their cooking experience, both by adding new flavours and introducing new kitchen tools for easier meal preparation,” comments chef Raimonds Zommers, ambassador of Maxima Latvija’s Restaurant in Your Kitchen project.

Cooking expert states that the everyday kitchen equipment favoured by the Latvian public opens up few possibilities for experimenting. The most popular and most often used are various spatulas (82%), while second place is the universal frying pan (67%), and third is the small saucepan (52%). More than half of those surveyed admit that they use neither a grill pan (56%) nor a wok (59%) for cooking at home.

Although the range of cooking utensils in Latvian homes is not very large, it is replaced relatively often. 30% of those surveyed buy new kitchen equipment once a year, and 25% do this every six months. 7% of those surveyed stated that they update their range of cooking utensils every 3 months. 25% buy kitchen equipment once every 2-3 years, but only 13% update their equipment less frequently than every 3 years.

“Even with careful use, kitchen implements wear down quickly with regular cooking, and they should be replaced no less than every six months. Restaurant kitchens have hundreds of different tools, but the home kitchen needs just one new piece of equipment to begin a completely new cooking phase. Therefore, whenever updating cooking utensils, I recommend adding some new, unusual tool, such as a pan for a particular product,” shares Zommers.

The survey, which involved 720 Latvian residents aged between 18 and 74, was conducted during the Restaurant in Your Kitchen project. Up to the beginning of summer, this project will offer a range of suggestions on how to create a restaurant-worthy meal in a home kitchen. The campaign is being produced in collaboration with Maxima Latvija, KitchenAid, Entresol and the Latvian Chefs’ Club.