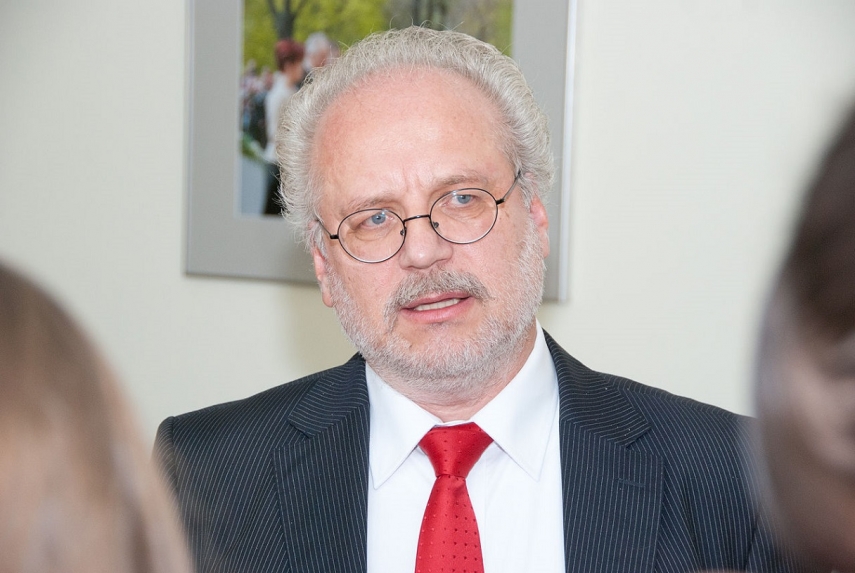 RIGA - Problems with the University of Latvia rector’s election show that there is a necessity for new governing legislation that would help Latvia’s science and higher education sector rise above the current mediocre level, President Egils Levits told LETA.

The president also indicated that scientific and higher education centers of excellence should be created in Latvia to raise the international profile of Latvia’s universities and students chose to study in Latvia instead of elsewhere in Europe.

“I believe that the strategic goal is completely attainable. The turbulence around the University of Latvia rector’s elections shows that a temporary solution is needed before a new law is adopted that would enable an overhaul of the University of Latvia and other higher education institutions, so that they can achieve a breakthrough. The solution has to be considered in the context of the ultimate goal,” the president said.

Commenting on the University of Latvia rector’s election, Prime Minister Krisjanis Karins (New Unity) said during a meeting with Levits that a “good crisis should not be missed”.

“In my view, the stalemate reveals a bigger challenge – we need to raise the level of higher education and science. We need to ensure the competitiveness of science and state universities, so that they can attract students and academic staff from other countries,” said Karins.

It is also necessary to ensure that the education system serves the Latvian economy and helps it break free from the low and medium wage trap.

“I have had several conversations with Education Minister Ilga Suplinska (New Conservative Party). Her position is the same as mine and the president’s. We need to change the system to make it more competitive,” said Karins.

The latest stumbling block, which is the rector’s election, indicates a necessity for systemic improvement. Karins voiced confidence that the government will support Suplinska in her efforts to create system that would serve well to the state.

As reported, Muiznieks’ reappointment as University of Latvia rector is currently under question as Education and Science Minister Ilga Suplinska (New Conservative Party) has advised the government against approving Muiznieks’ reelection, but this decision will ultimately be made by the government. She added that she will submit to the government conclusions on the violations established by the State Education Quality Service.

Meanwhile, the head of the State Education Quality Service Inita Juhnevica confirmed that they have ascertained violations in the LU rector election process. Juhnevica also said that the legitimacy of the Constitutional Assembly of the University of Latvia is also under doubt.