President Vejonis calls for 2,000 NATO troops in Baltics and Poland 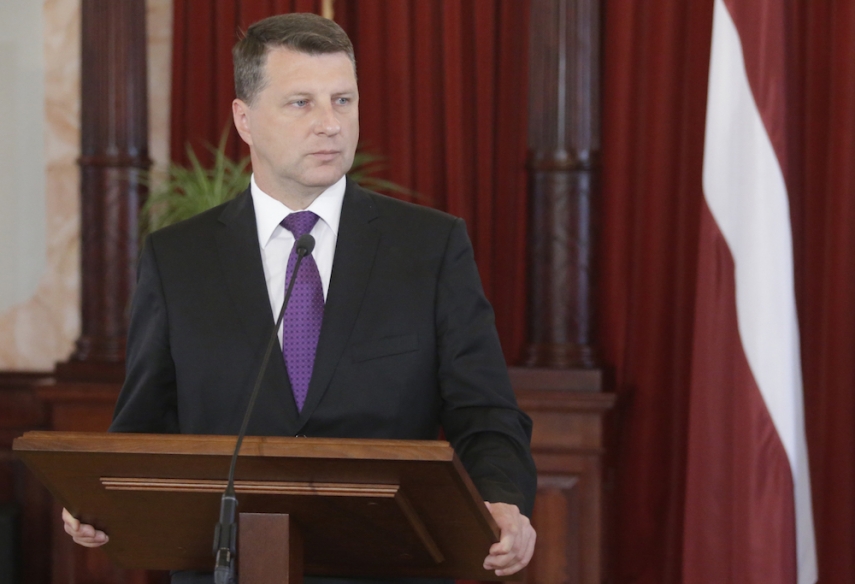 Speaking at the National Press Club in Washington DC, Latvian President, Raimonds Vejonis, announced it is necessary to deploy around 2,000 NATO troops and their military equipment and ammunition in the Baltic states and Poland.

The president said commanders of the Baltic armed forces have calculated how many troops the countries need to increase the region's security.

"We are speaking about up to a battalion size unit in each of the Baltic states and Poland,” said Vejonis. “It means about 2,000 troops together, including also different military equipment, ammunition, and other hardware.”

The president also underscored that it is necessary to work closely together to decide what should be done with information warfare, which is a problem not only for the Baltic region, but also for the rest of Europe.

Vejonis also believes decision making within NATO should be strengthened so decisions can be made faster in the face of aggression.

At the same time, Vejonis outlined he is sure NATO is able to defend all its member states in line with Article 5 of the NATO Treaty.

"In different high-level meetings we were supported by leaders of NATO countries, and I'm sure it will work," he said.

Vejonis said the risk of a possible military attack on Latvia is very low. At the same time, he added countries should not "sleep", but instead should develop their armed forces capabilities.

Vejonis underscored that when speaking about possible military aggression, response time is important.

If there is higher presence of NATO forces in the region, the response time will be shorter. "We will discuss it in NATO summit in Warsaw," said Vejonis.

Latvia has formally started talks with the United States on the deployment of heavy weaponry at the Adazi military base outside Riga.

Latvian Defense Minister, Raimonds Bergmanis, said that the US heavy weaponry could arrive in Latvia next year.

Vejonis is on a visit to the U.S. to take part in the 70th session of the UN General Assembly.

On October 1 he met with diplomats and employees of the Latvian embassy in the US. He also visited the Library of Congress and the Hirshhorn Museum whose founding donor, Joseph H. Hirshhorn (1899–1981), emigrated to New York from Latvia.