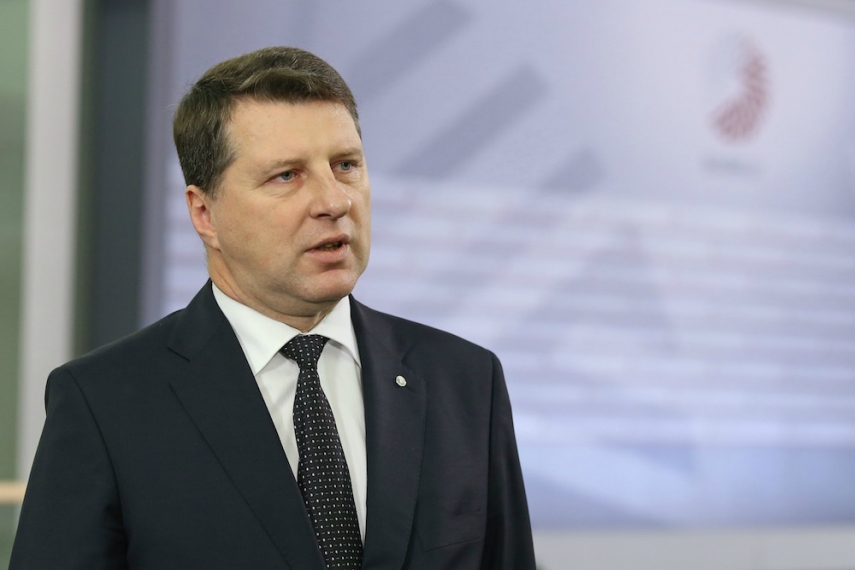 According to a public opinion poll carried out by Latvian statistics bureau, Latvijas Fakti, in August 2015, as many of 60.6 percent of Latvians view the country’s president, Raimonds Vejonis, as positive.

When asked to define their opinion about the Latvian president’s performance, 60.6 percent choose the answers ‘positive’ or ‘rather positive’.

However, 13.5 percent of respondents had ‘negative’ or ‘rather negative’ opinion about Vejonis.

There were also 25.9 percent of undecided respondents.

Vejonis’ public approval ratings have been growing since he took office as the Latvian president in early July this year.

In July 2015, 55.2 percent of respondents viewed Vejonis as ‘positive’ or ‘rather positive’, while 13.7 percent held a negative opinion.