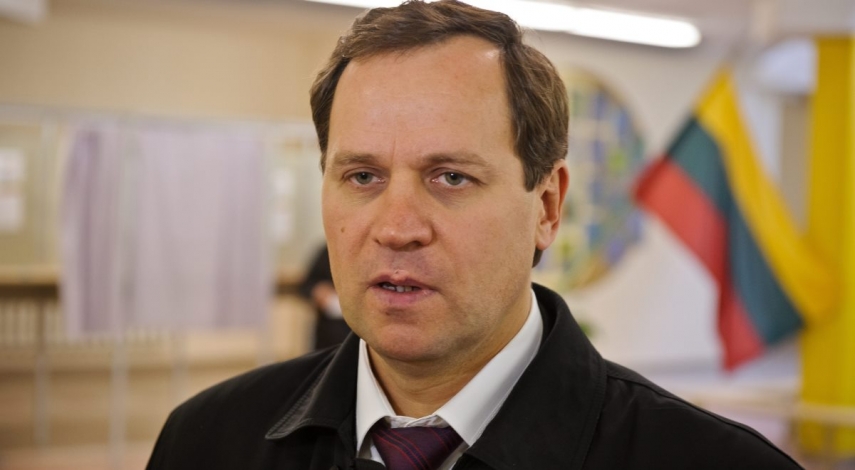 VILNIUS – Conscientiousness and competence are two important characteristics Lithuania's president needs, Valdemar Tomasevski, one of the presidential candidates, said after casting his vote early on Wednesday.

"The key characteristics are two and they are conscientiousness and competence," the leader of the Electoral Action of Poles in Lithuania – Christian Families Alliance told journalists at the Vilnius City Municipality on Wednesday.

"I would even put conscientiousness in the first place since all presidential candidates are competent people," the politicians, now a MEP, added.

Tomasevski underlined that his agenda is the best and aimed at "protecting the ordinary man, introduce social justice, and direct internal and foreign policy towards raising the standard of living and income for people and ensuring more of justice."

The EAPL-CFA leader also disclosed he voted "yes" in the referendums on reducing the number of MPs and expanding dual citizenship.

"I strongly believe that we must appreciate and respect all of our former citizens and we should not spare them a second passport," Tomasevski said.

He also said his party would also back proposals to reduce the number of MPs even more than it is proposed now.

Lithuania is now holding early voting in the presidential election and two referendums on reducing the number of lawmakers and on dual citizenship.

The main voting will start at 7 a.m. and last until 20 p.m. on Sunday. If needed, the presidential run-off will be held on May 26.