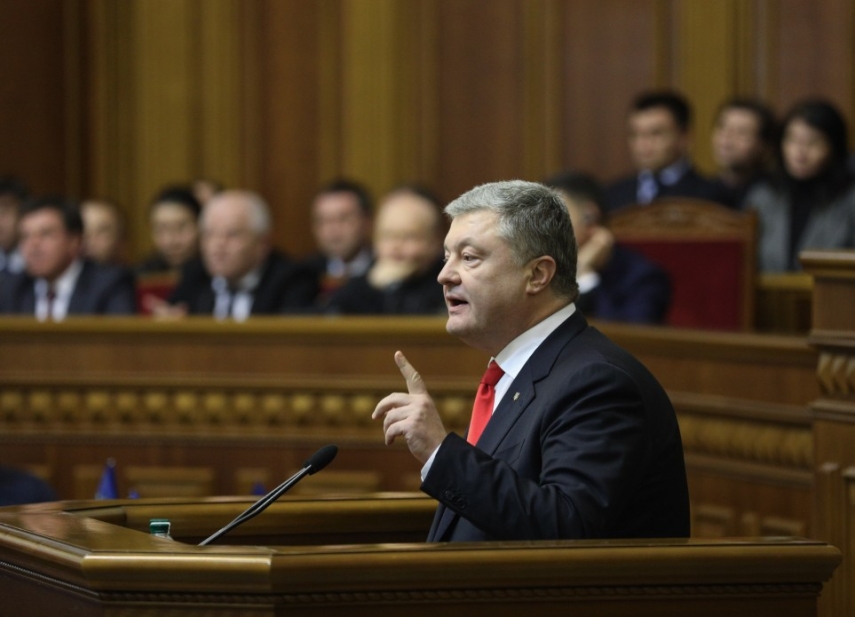 KYIV - Ukrainian President and presidential candidate Petro Poroshenko said that, if he is reelected, he plans to prepare Ukraine for joining the European Union and NATO during his second term in office.

"I am planning to prepare Ukraine for joining NATO and the EU by the end of my second presidential term. And to start absolutely realistic negotiations on joining the EU and make sure that Ukraine receives a NATO Membership Action Plan in 2023," Poroshenko said at a meeting with voters in the center of Kyiv on Sunday.

As early as at a NATO summit in London in December 2019, "after the voters give me another mandate for five years, I intend to bring up the MAP matter," Poroshenko said.

He said he had made NATO Secretary General Jens Stoltenberg aware of this intention in a letter.

It had been reported earlier that the Ukrainian Verkhovna Rada had called on the NATO member states on February 7 to support Ukraine's determination to become a NATO member and start a formal dialogue on granting a MAP to Ukraine at the NATO summit in London in December 2019.

The Rada also urged the North Atlantic Council, the NATO Parliamentary Assembly, and the national parliaments of the NATO member states to support Ukraine's declared intention to join the alliance.

In sending greetings to Stoltenberg on the occasion of his approaching 60th birthday, Poroshenko expressed the hope that Ukraine would receive a NATO Membership Action Plan at the alliance's summit in London in December 2019.