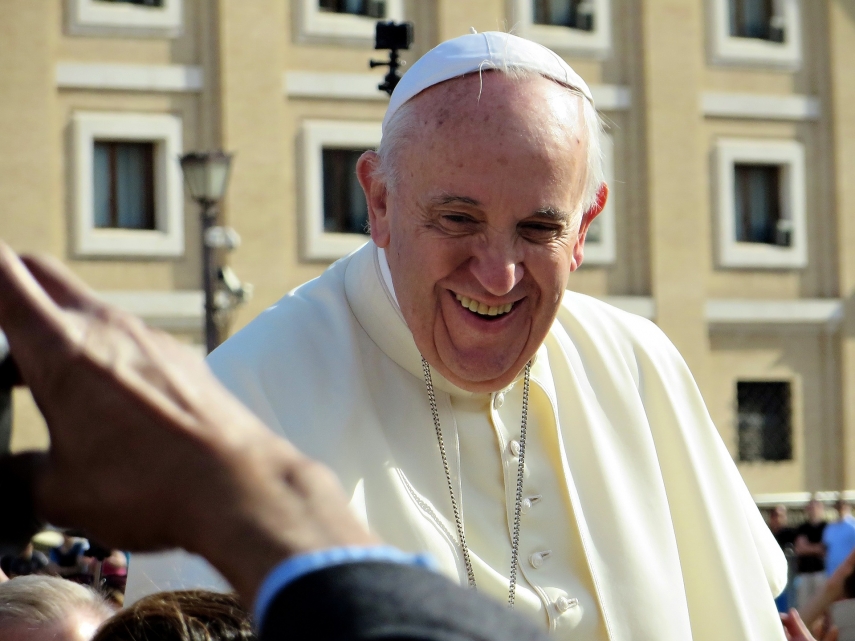 TALLINN - Pope Francis asked head of the Evangelical Lutheran Church (EELK) Archbishop Urmas Viilma to pray that the pope's visit to Estonia planned for next fall is successful.

Viilma, the vice president of Central Eastern Europe region of the Lutheran World Federation (LWF) who on Thursday met the pope in the Vatican, shared his joy and gratitude over the pope's upcoming visit to Estonia and other Baltic countries in the fall of next year and the pope responded that a joint prayer must be made for the success of that visit and asked Viilma to keep him specifically in his prayers, the office of the archbishop told BNS.

Viilma was included in a delegation of the LWF along with the federations' president, secretary general and the vice presidents of seven other regions.

During the 30-minute audience LWF President Archbishop Dr Panti Filibus Musa handed over to Pope Francis a greeting from the Lutherans and  thanked him for supporting an ecumenical approach to the 500th Reformation anniversary. "We have begun our irreversible journey from conflict to communion that we have jointly travelled as Lutherans and Catholics and we do not wish to let it cease ever again," Musa said.

Referring to the Joint Commemoration in Lund, Pope Francis said that "it was important for us to meet first and foremost in prayer, for the gift of unity among believers takes root and blossoms not as a result of human projects but by the grace of God. Only by praying can we care for one another. Prayer is like the fuel of our journey towards full unity." After the greetings Pope Francis invited all those present to join in praying the Lord's Prayer together in their mother tongues.

After the pope's audience, the delegation also met with President of the Pontifical Council for Promoting Christian Unity Cardinal Kurt Koch. Viilma at the meeting had the opportunity to emphasize the importance of the pope's upcoming visit to Estonia, which has a Christian minority and has gone through many challenges in history, as well as to Latvia and Lithuania. "I hope that the visit of the Holy Father is a blessing to your people who suffered for long as well as to your churches," Koch said.