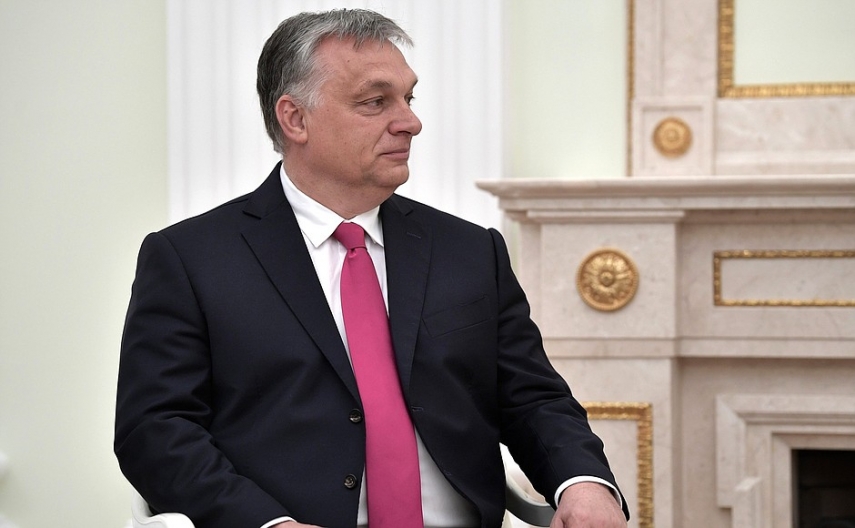 The Hungarian leader, who has been criticized for his anti-democratic behavior, apologized for calling his critics in the European center-right group "useful idiots".

Leaders of other European rightist parties have received similar letters as well.

Landsbergis says he is sticking to his principled position and continues to seek the exclusion or suspension of Fidesz from the group, because complacency toward populists is dangerous.

In his letter, the Hungarian prime minister assured Landsbergis that his party respects European values, despite differences in opinions on migration and the EU's future.

"It is no secret that there are serious disagreements between Fidesz and TS-LKD on the issue of migration, the protection of Christian culture and the future of Europe. It is also no secret that we do not wish to change our own position on these issues," Orban wrote.

"I would also like to highlight with all due respect that the suggestion that there is a difference between Lithuania and Hungary in the quality of democracy and the respect for European values is unjustifiable and baseless," he said.

"Yet I do not consider it reasonable to solve our disagreements by expelling a party from our political family. I would therefore respectfully like to ask you to consider your proposal for expulsion, if possible."

"This is in fact a quote from Lenin, with which I intended to criticize a certain policy and not certain politicians. I would hereby like to express my apologies, if you found my quote personally offensive," he wrote.

"In my opinion, the European People's Party has to make a decision on Hungary, because continued complacency toward populists within the party is affecting other parties of the family," he told BNS.

With local populists saying that Europe's traditional political parties support them, voters may start turning away from mainstream parties for allegedly putting up with populists, Landsbergis warned.

The TS-LKD leader believes that Fidesz has to be excluded or least suspended from EPP and plans to voice this position at next week's meeting of the group's leadership.

More than ten other parties in European countries, including Belgium, Greece, Luxembourg, the Netherlands, Norway, Portugal, Finland and Sweden, have also proposed to exclude or suspend Orban's party.

Fidesz has been criticized for limiting the freedom of courts, the media and the opposition freedoms for years. Last month, Hungary angered many in the EU by launching an information campaign accusing the European Commission's president of promoting mass migration.

Orban and his supporters hit back, however, saying that anti-immigration measures and the criticism of Brussels are in line with voters' expectations.