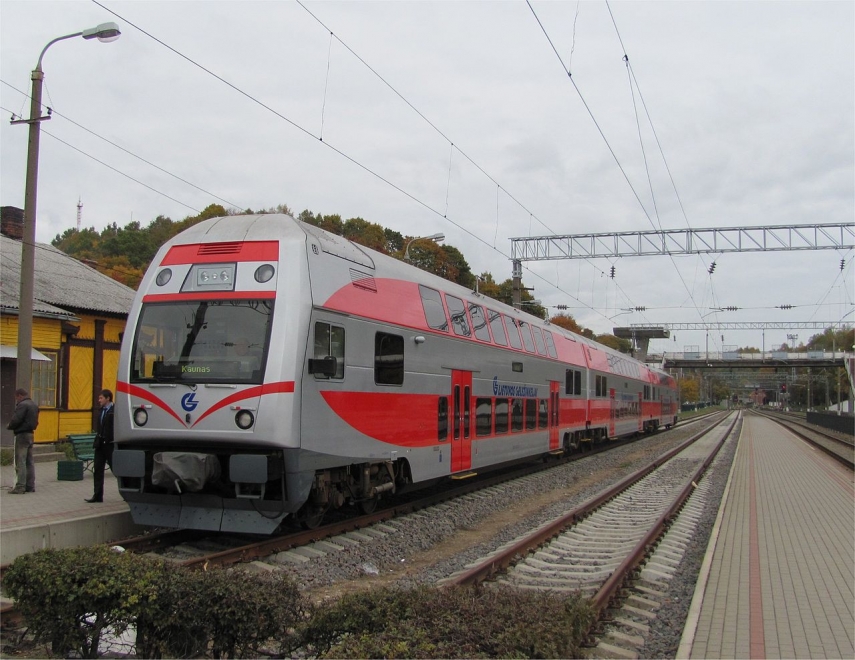 VILNIUS – Lithuanian and Russian officials have agreed to triple the number of passenger trains to the Russian Kaliningrad region when the Russian exclave hosts matches of the FIFA World Cup.

The two countries agreed to raise the number of transit trains by four daily routes, which would allow travels of 2,400 more passengers on a daily basis.

Currently, there are one or two daily routes to Kaliningrad via Lithuania.

"We had received a request from Russia for additional four trains to cross the Lithuanian territory every day during the soccer championships. The permit has been granted," Lithuania's Ambassador to Russia Remigijus Motuzas told BNS.

This is one of the steps taken by Lithuania and Russia in an effort to manage the flows of soccer fans to the Kaliningrad region during the soccer championship scheduled for early summer.

World Cup matches will take place in 11 cities of Russia, including the city of Kaliningrad, which features a stadium for around 35,000 viewers.

The stadium will host matches between national teams of Croatia and Nigeria, Serbia and Switzerland, as well as teams of Spain, Morocco, England and Belgium.

Fans of the teams are expected to make the bulk of tourists going to Kaliningrad during the first weeks of the summer.

Officials believe many of them will travel to Kaliningrad on free Russian trains after arriving in mainland Russia by air transport.

"All of the fans buying tickets to soccer matches receive free train passes, therefore, it is cheaper for them to go to Kaliningrad from Moscow," said the ambassador.

The authorities are most concerned about the transit of Moroccan and Nigerian citizens, as they will need Schengen visas to cross the Lithuanian territory.

"We are ready to increase the number of consular staff, to develop a scheme for days-off to facilitate their successful crossing of the territory of the Republic of Lithuania," he added.

"There may be some issues regarding their arrival or possible failure to leave," Pozela told BNS.

Soccer fans can go from mainland Russia to Kaliningrad via Lithuania by car or airplanes after landing in Vilnius, Kaunas or Palanga airports.