New surveys: 55% of Lithuanians dissatisfied with democracy, 60% with general situation 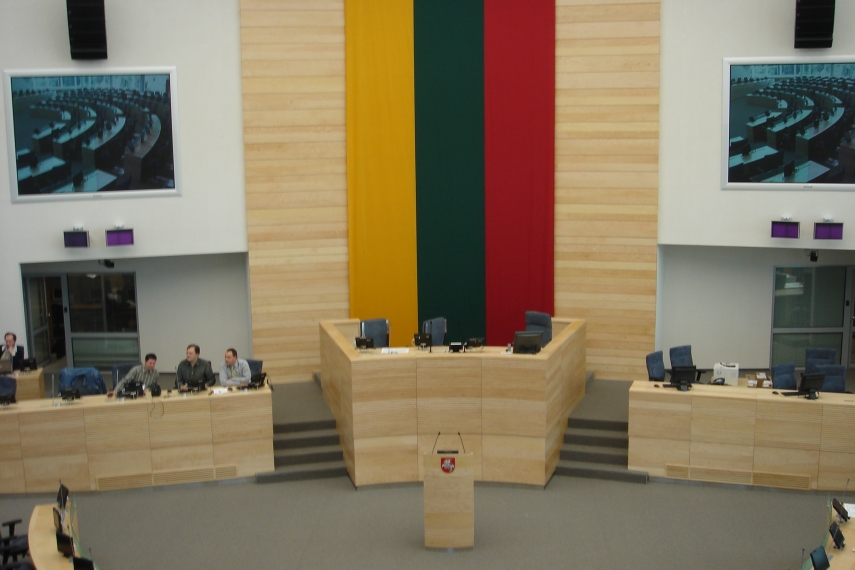 Lithuania's upcoming adoption of the euro, completion of construction of the Liquefied Natural Gas terminal and increasing salaries do not seem to have improved the mood of its people: in November almost two-thirds said that things were taking a turn for the worse.

According to a survey commissioned by the ELTA news agency and conducted on 14-24 November by pollster Baltijos Tyrimai, 39 percent of respondents were optimistic about Lithuania's future. Compared with October, the ranks of optimists had increased by 2 percent, although they has declined in number over the last year: in October 2013 the figure stood at 44 percent.

Tending to be more optimistic were people below the age of 30, cities dwellers, respondents with higher education qualifications, students and schoolchildren, directors, specialists and public servants, people who described their household's financial situation as positive and supporters of the political parties The Homeland Union - Lithuanian Christian Democrats and the Liberal Movement.

The number of respondents who indicated that things were becoming worse fell from 62 percent in October to 60 percent in November. However, compared to November 2013, their numbers had increased by 6 percent.

Groups tending to be dissatisfied with the current situation were people above 50, residents of rural areas, respondents with a monthly household income of below 1,500 litas (434 euros), people with only secondary or college education, as well as pensioners and the unemployed.

A survey taken at the same time indicated that just 36 percent of respondents were satisfied with how democracy works in Lithuania. 9 percent of the polled had no definite opinion on the matter, and 55 percent were dissatisfied.

The figure for satisfaction with democracy in the country was the same as for October, but three points lower than at the same time last year.

Groups who tended to be most satisfied with democracy in Lithuania were people younger than 30 years, city-dwellers, people with higher education qualifications and those earning more than 2,500 litas (724 euros) per month.

Groups tending to be more dissatisfied with how democracy works were people older than 50 years, residents of rural areas, respondents with only secondary education and those with a monthly household income of below 1,500 litas (435 euros), as well as pensioners, the unemployed and unskilled workers.

The Baltic countries are the only former Soviet states ranked as "fully free" by Freedom House, which analyses a number of factors, including corruption, democratic transparency and freedom of the press. Georgia, Ukraine, Armenia, Moldova and Kyrgyzstan were assessed as "partly free" in the 2014 report, while the remaining seven former Soviet states, including Russia, were assessed as "not free".

In the most recent report, Lithuania received a score of 2.36 for democracy (1 being the best score and 7 the worse), which has decreased slightly over the last ten years from a score of 2.21 in 2005.