NATO to focus on deterrence, 'managing' Russia ties at summit 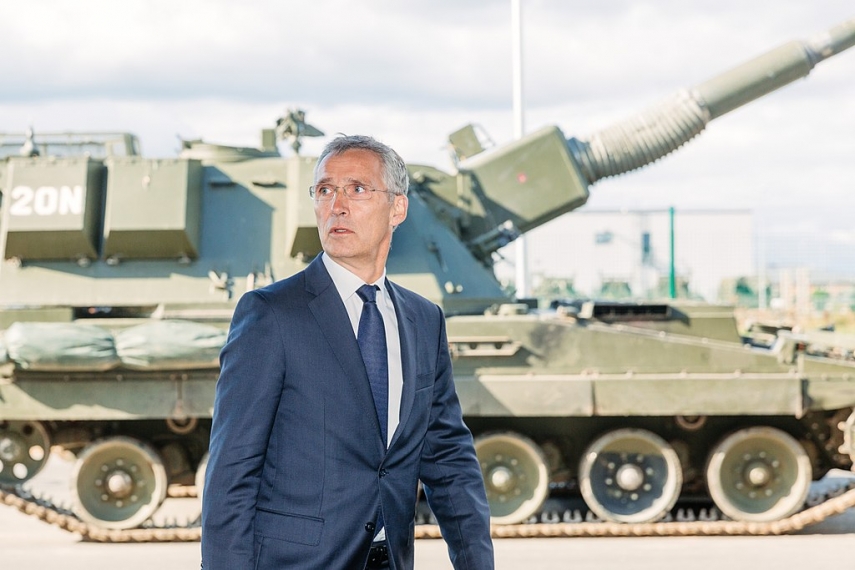 WARSAW - NATO said on Monday it will focus on five key areas from deterrence to modernization and EU relations at its July summit, with measures to "manage" ties with an increasingly assertive Russia high on the agenda.

Secretary General Jens Stoltenberg told lawmakers at the spring session of the NATO Parliamentary Assembly in the Polish capital Warsaw that the summit will also focus on projecting stability in border regions -- particularly in the south -- as well as burden-sharing.

Building on the Alliance's 2016 decision to deploy battle groups on its eastern flank facing Russia, Stoltenberg said he expected leaders at the July 11-12 summit in Brussels to "make decisions on reinforcement readiness and military mobility" of forces.

"Our deterrence and defense is not only dependent on the forces we have deployed, but it also very much depends on our ability to move forces quickly if needed," he said.

NATO member states have deployed around 4,000 troops to the Baltic states and Poland to counter the threat to the alliance's eastern flank, particularly since the Kremlin's annexation of Crimea from Ukraine in 2014.

With relations between Russia and the West at a post-Cold War low, the NATO chief also said he expected the alliance to reiterate its "dual-track" approach towards Moscow "about deterrence and defense combined with political dialogue".

The 2018 summit comes against a backdrop of increasing concern about growing Russian assertiveness in the areas of hybrid and cyber warfare.

In a special report on countering Russia's hybrid threats, Britain's Lord Jopling told the assembly over the weekend that he alliance should consider a new collective "Article 5B" defense provision to trigger a collective response in the event of so-called "hybrid warfare" attack.

"The article would make clear that hybrid attacks would trigger a collective response from the Alliance," the report said.

NATO's Article 5 collective defense commitment requires all member states to come to the rescue if any of their peers are attacked.

In March, US General Curtis Scaparrotti, the commander of NATO forces in Europe, said member states were working to determine when a cyber attack could be considered to have triggered Article 5.